A Tale of Two Ships

Trafalgar is known for a glorious victory, the death of Horatio Nelson and stopping an invasion threat from France, but what do you know about the ships? Did you know there were two Swiftsures at Trafalgar? 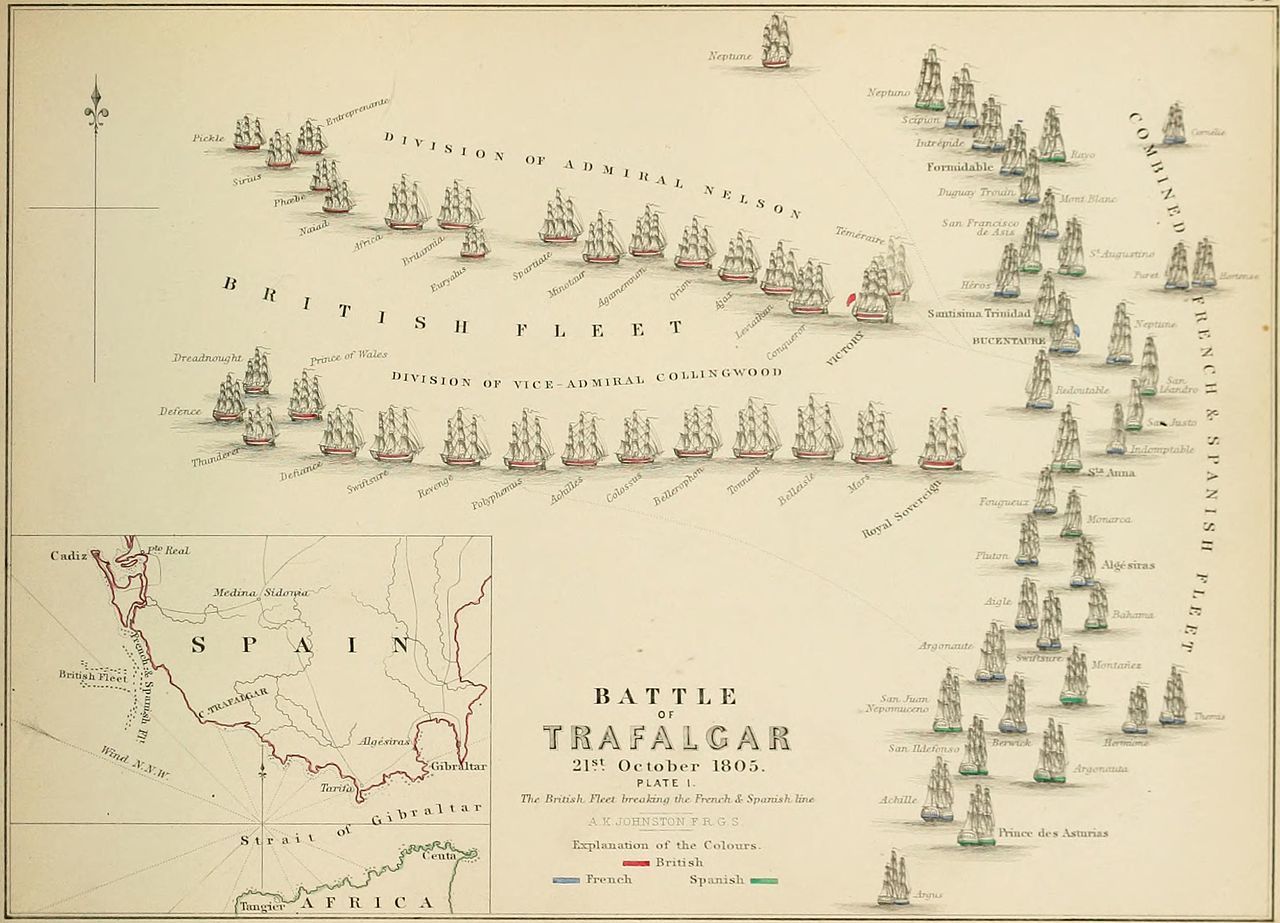 Trafalgar stirs up images in our mind of glorious battles at sea. You can almost imagine the smoke and chaos going on when you look at any painting of the event, but what do you know about the ships?

At Trafalgar the British fleet had 27 ships of the line, compared to 33 of the combined French and Spanish fleet.

What was a ship of the line?

A ship of the line, as the name may suggest, was a ship designed to fight in a line of battle. Traditionally, in naval battles, ships would match up opposite their enemy counterpart and fire on them until they surrendered.  These "ships of the line" therefore were your strong, sturdy vessels with enough firepower to devastate an enemy fleet!

One of these third rates at Trafalgar, on the British side, was HMS Swiftsure, a 74 gun ship was launched at the famous shipbulding village of Buckler's Hard, in the New Forest, on the 23rd of July 1804. Three ships built at Buckler's Hard actually served at Trafalgar including HMS Euryalus, which became Collingwood's flagship for a time after HMS Royal Sovereign was badly damaged.

After Trafalgar she went on to become a receiving ship but, unfortunately, in September 1844 she heeled over and sank at Portchester, not far from Portsmouth. In November of the same year HMS Excellent, the Royal Navy's gunnery school decided to use her as a target.

But wait, what about the other Swiftsure at Trafalgar. Well, she was also a third rate ship of the line but one which fought on both sides. She spent most of her career serving with the British, in the Mediterranean or blockading Cadiz, except for a brief period when she was captured by the French. Swiftsure fought at the Battle of the Nile under Horatio Nelson for the British, but was captured by the French in 1801, meaning that by the time Trafalgar took place she was sailing under French colours and fighting for the other side.

In the famous storm which followed the battle Swiftsure sustained further damage, having already lost her mainmast and wheel in the battle. HMS Dreadnought towed her but the line broke, forcing her to drift towards Cadiz. Thankfully, HMS Phoebe managed to reattach a line and she eventually made it into Gibraltar, where she was repaired and recommissioned as HMS Swiftsure in 1806. She sailed home, reaching Chatham in June 1806 but because the other HMS Swiftsure was already in commission she was renamed HMS Irresistible, and was laid up. She was recommissioned in March 1808 and used as a prison shipin Chatham before being broken up in January 1816.

What fun facts abou ships at Trafalgar do you know? Can you think of any other famous captured ships?