How did the news of the Battle of Trafalgar reach London?

A great storm follows the Battle of Trafalgar. Finally, five days after the battle, Vice Admiral Cuthbert Collingwood orders Lieutenant Lapenotiere to deliver his Dispatch to William Marsden, Secretary of the Navy, at the Admiralty in Whitehall, London. He is instructed to travel "using every exertion, that a moment's time may not be lost in their delivery." Collingwood also tells Lapenotiere to use his discretion as to how far up the English Channel he sails his fast schooner, HMS Pickle, before continuing his historic mission by land. 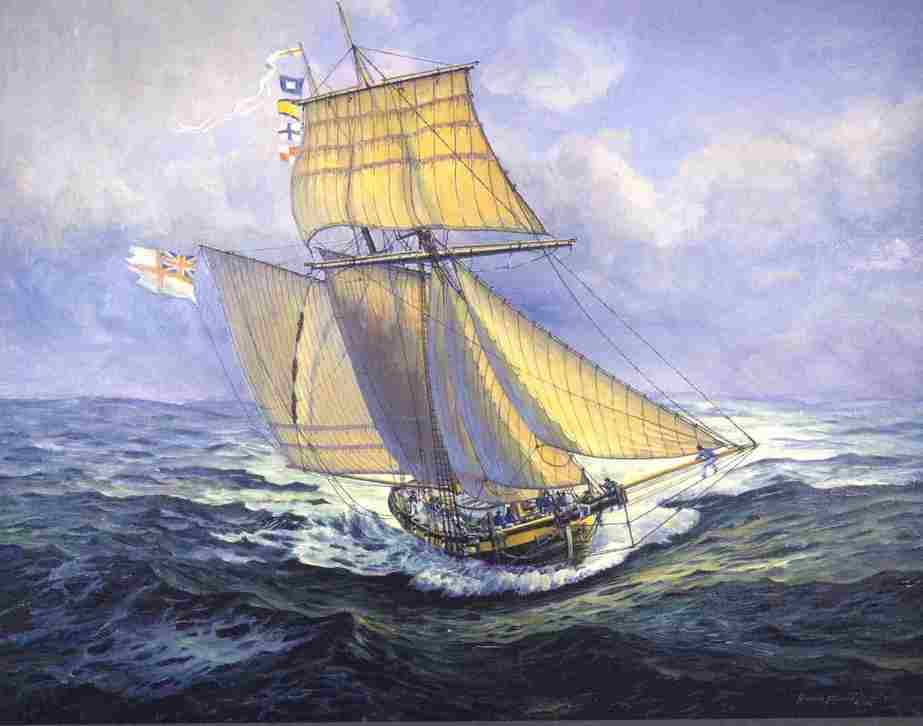 Perhaps Pickle was indeed flying the flag signal, "I have dispatches" as she weathered the Bay of Biscay on her journey north.
During a rough passage through the Bay of Biscay, Pickle springs a leak and jettisons some of her guns to lighten the ship.  The following day, Pickle is faced with a calm, requiring her crew to man the 'sweeps' or oars to propel them towards England. After the gruelling voyage, finally, on 2nd November 1805, the plucky little vessel and her determined commander reach the Western Approaches to the English Channel. At 2am they spy the lighthouse at Lizard Point and know they are on the home stretch.
Facing light adverse easterly winds and a long beat to reach Plymouth, Lapenotiere decides to head for the Cornish port of Falmouth. He knows the town has a well-established coaching connection to London. This alternative course of action - rather than heading to Plymouth - has the added advantage of minimising the risk of attack from hostile French vessels further along the Channel.
On Monday 4th November at around 10.00 am, Pickle has dropped anchor some two miles south of Pendennis Head. Lapenotiere is taken by boat and lands at Fish Strand Quay, Falmouth, about an hour later. He immediately seeks transport to London and probably leaves by post-chaise within an hour of his landing. His expense account, today in the Admiralty archive, shows he follows one of the well-known routes to the capital, changing horses every 10 to 15 miles. In all, he makes at least 21 stops to change horses at coaching inns in Truro, Fraddon, Bodmin, Launceston, Okehampton, Crockernwell, Exeter, Honiton, Axminster, Bridport, Dorchester, Blandford Forum, Woodyates, Salisbury, Andover, Overton, Basingstoke, Hartfordbridge, Bagshot, Staines and Hounslow. At some stops, he transfers to other post-chaises because even in those days, different coach operators cover certain sections of the route. Other sources such as Paterson's Roads 1803, a coaching manual of routes, towns and their inns, informs us of more of the likely detail. 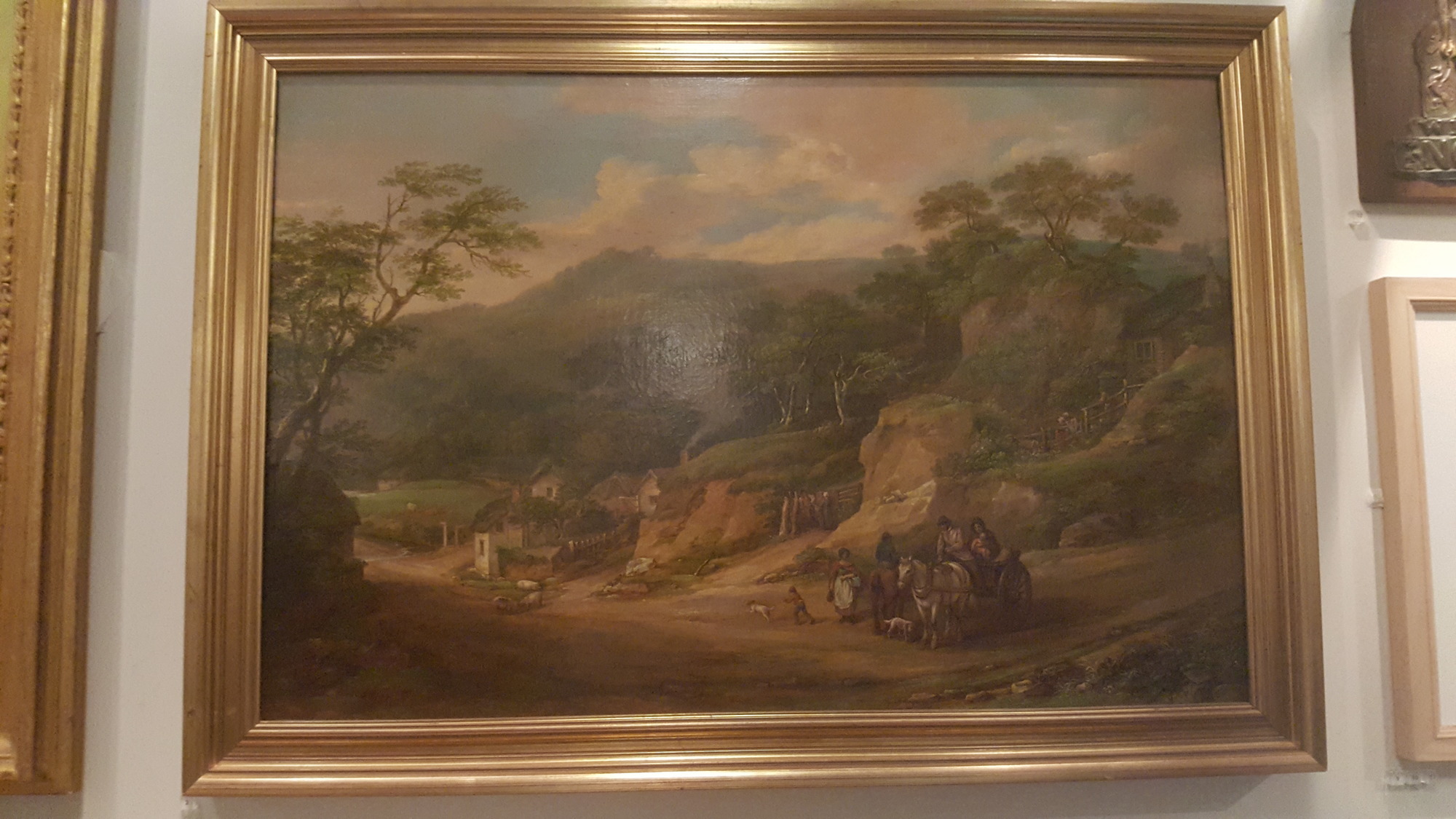 Nadderwater near Exeter by James Leakey (1775-1865). The original is on display in the RAMM, Exeter. This is a depiction of the old coach road Lapenotiere would have taken on his approach to Exeter, passing the Royal Oak at Nadderwater (which at the time was in the thatched house opposite its current location).
Very little is known of the specifics of the messenger's journey, but we can piece together a picture from our knowledge of the timings, the nature of post-chaise travel, specified posting inns and the circumstances of Lapenotiere's early 19th century mission. We know that a stop was made in Bridport to send on correspondence to the family of Thomas Hardy, captain of HMS Victory. There is also an eye-witness account of Lapenotiere and another naval officer coming through Dorchester, each in a post-chaise with four horses, at about midday on 5th November.
A point of historic interest is that the very day Lapenotiere travelled between Exeter in Devon and Hounslow in Middlesex, the 5th November 1805, was the two-hundred year anniversary of the Gunpowder Plot. He would undoubtedly have witnessed bonfires and revelries along the route, especially on the approaches to London that evening.
We do, however, have evidence that Lapenotiere arrives at the Admiralty at 1.00 am in the early hours of 6th November, more than two weeks after the Battle. He has travelled 271 miles non-stop from Falmouth in under 38 hours. The total cost of his journey was £46 19s 1d, equivalent today to more than £4,500! 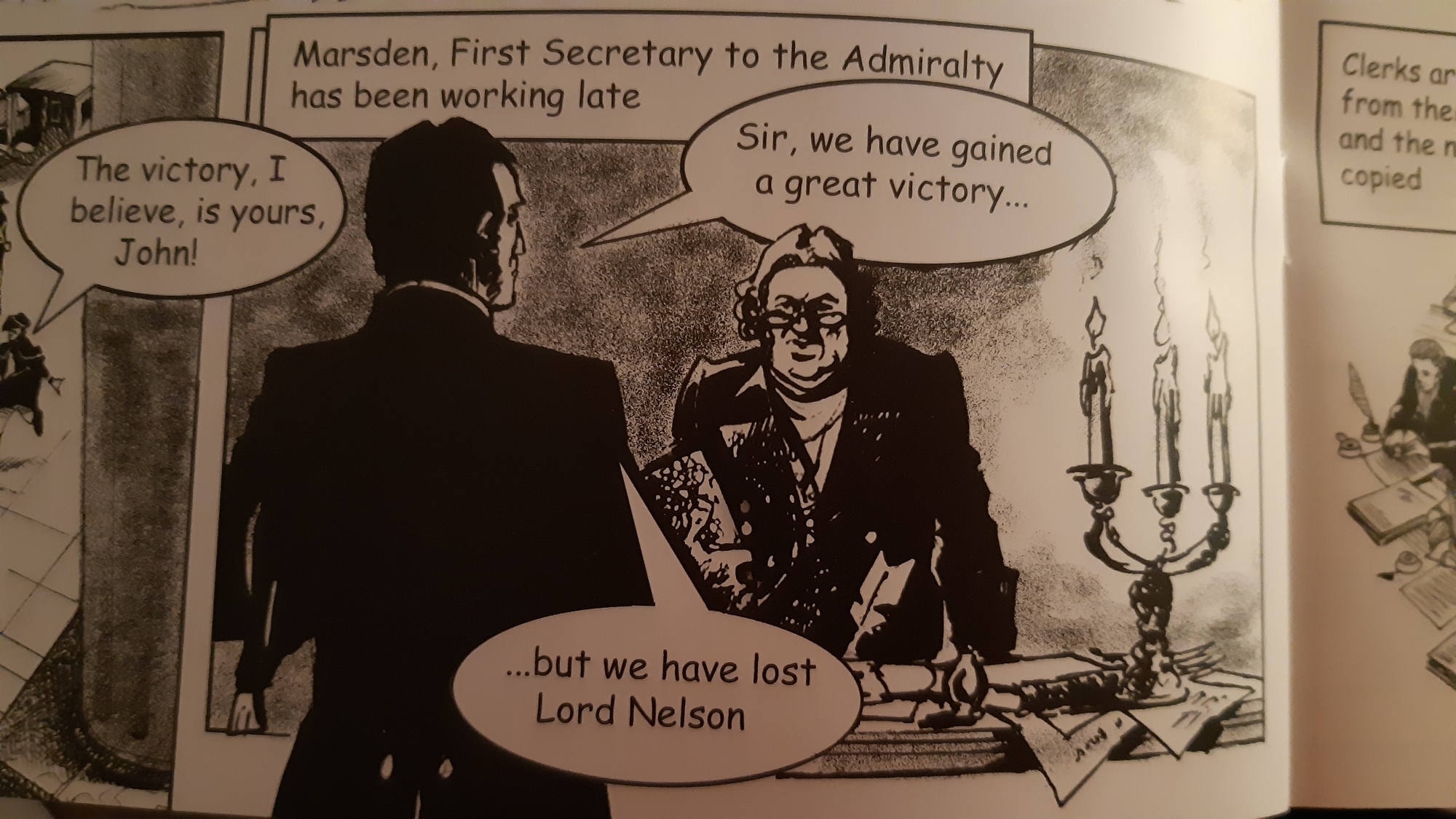 The First Secretary of the Board of Admiralty, William Marsden, recorded that Lapenotiere arrived at 1am, just as he was preparing to retire for the night. He was shown to the board room, entered and speaking without further introduction, announced, "Sir, we have gained a great victory, but we have lost Lord Nelson!" 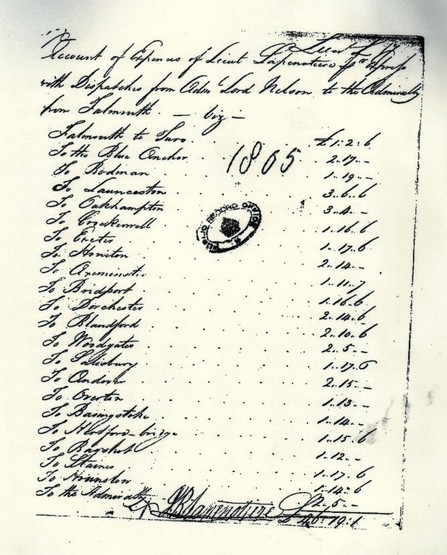 An imagining of Lapenotiere's Journey

4 different retellings of the journey, with extra flavour, for your enjoyment