Another messenger travelled to London with the news. Who is Commander John Sykes, why did he make the journey and what became of him?

In our story of The Trafalgar Way, Captain John Sykes is painted as Lapenotiere's rival, the two racing to the Admiralty to deliver news of the victory at Trafalgar and Nelson's death. The fact is, like Lapenotiere, Sykes had a long and interesting naval career. His path may have crossed with that of Lapenotiere more than once, both before and after the events of October and November 1805. 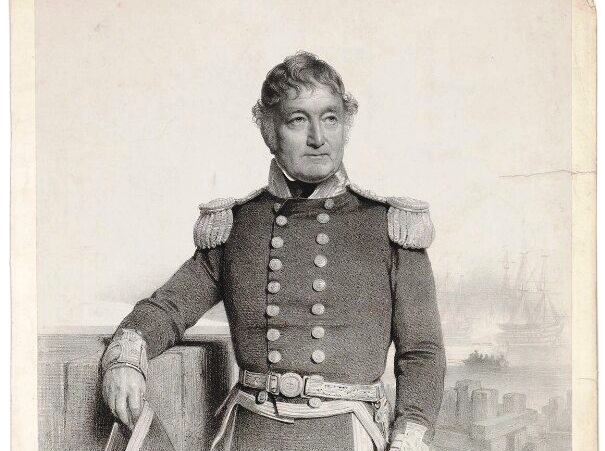 Sykes was born in 1774, and began his naval career at the tender age of 9 as servant to Captain Paul Minchin aboard Resource in 1783. He worked his way up the ranks, becoming Midshipman in Princess Charlotte in 1789. He distinguished himself in 1790 aboard his new ship Discovery by saving the life of his captain, Captain George Vancouver when, during a voyage around the globe, they were attacked by a party of Native Americans. During the voyage, Sykes also made sketches of the places he visited. 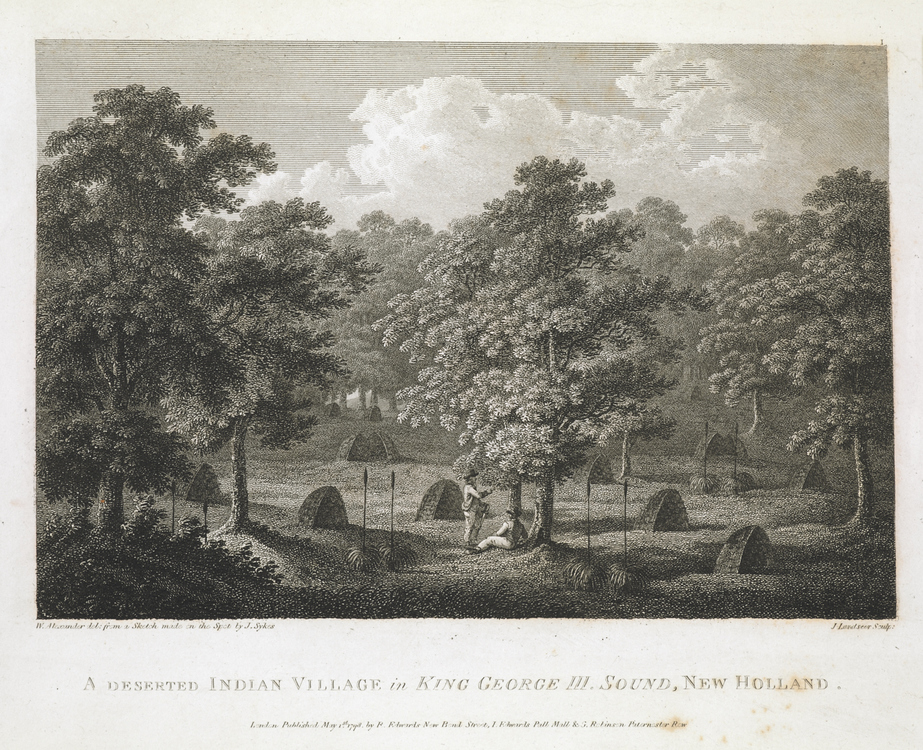 The above illustration was created by W Alexander from a sketch made on the spot by J. Sykes. Sykes was then Midshipman under George Vancouver.

It is possible that the two captains had met before Trafalgar in more junior roles, as they both served extensively in the Pacific.

On his return to England he was promoted to lieutenant in 1795, and to commander in 1800. He was appointed to command the sloop Nautilus in 1805, which is where our story begins.

On 27th September 1805 Nelson, heading south towards the Mediterranean, encountered Nautilus hurrying northwards with dispatches. Nelson ordered another smaller ship to carry the dispatches and instead commanded Sykes to stay at the secret rendezvous coordinates off Cape St Vincent and give any following ships of Nelson's fleet instructions about where to find him.

The following day, Lapenotiere hurried south in Pickle and met with Nautilus at his station off Cape St Vincent. There, he signed Sykes' log book to confirm he had read and understood general orders. Nelson noted in his own records on the 29th September that his plan was being followed as Pickle had been 'off St Vincent on Sunday looking for a ship at that station.' Orders were filtering down correctly!

It would be a whole month before Pickle and Nautilus were together again, exchanging communications in flag signals as Lapenotiere rounded Cape St Vincent heading north for England. This time, the circumstances would be entirely different. Lapenotiere, confident in his orders and clear about his duty, bade Sykes come aboard Pickle in spite of rank protocol. What was exchanged between the two officers is not known, except that Sykes left with a note written by Lapenotiere affirming that his orders were 'not to be detained by any vessel'. We can assume that Sykes, as a regular courier of dispatches and superior in command and vessel to Lapenotiere, would have attempted to persuade his fellow officer to hand over the job of delivering the official dispatches to himself.
We know that Sykes took it upon himself to leave his post and head north in Lapenotiere's wake. He sent a message to Vice Admiral Collingwood with the following explanation:
"...The wind now being a fresh and favourable gale to proceed further Northward, and finding with care and economy, I could make the provisions and water last to reach England, I have ventured to proceed, solely activated by a zeal for the service, and in hopes to meet your wishes on the occasion, in becoming a security for the information of the Pickle should any accident befall her. In thus acting, Sir, I much wish to deserve your commendation."

While Pickle dropped anchor just off Falmouth, Nautilus landed 60 miles north-east at Plymouth some 24 hours later. Both Sykes and Lapenotiere raced by carriage to the Admiralty, with Lapenotiere beating his rival by a matter of minutes. Some believe that Sykes originally led the chase, only to lose his way in the fog in London. You can find out more about how the nerve-wracking race to deliver the news unfolded here.

He had missed out on the action at Trafalgar, and he had missed out on any reward from the battle or for delivering the news of the battle to London. Still, Sykes attained the rank of post-captain in 1806. Now obsolete in the Royal Navy, this rank was awarded to naval officers to distinguish them from officers in command of a vessel who would be referred to as captain regardless of rank, and commanders who were referred to as captain as a courtesy.

In 1809 he took command of Adamant as a private ship in the attack upon Flushing, during the Anglo-Dutch wars. His last appointment was as commander of Royal Adelaide in 1836, and he was promoted to flag-rank (rear admiral) in 1838. As a reward for a lifetime of good service, he was promoted to vice-admiral of the blue in 1848. He died a decade later in 1858.

Naval service was common in the Sykes family. His father was a navy agent, an attorney who served the Royal Navy, and his first-cousins Thomas and John were both commanders. Richard Byron, who was to serve in the American Revolutionary War, the French Revolutionary Wars and the Napoleonic wars, and was later to become rear-admiral, married John's sister, Sarah. John himself was married in 1811, to Elizabeth Earl, in Edinburgh.

After leaving the Navy, Sykes retired to Englefield Green in Egham, Surrey, where he served as Deputy Lieutenant of the county. 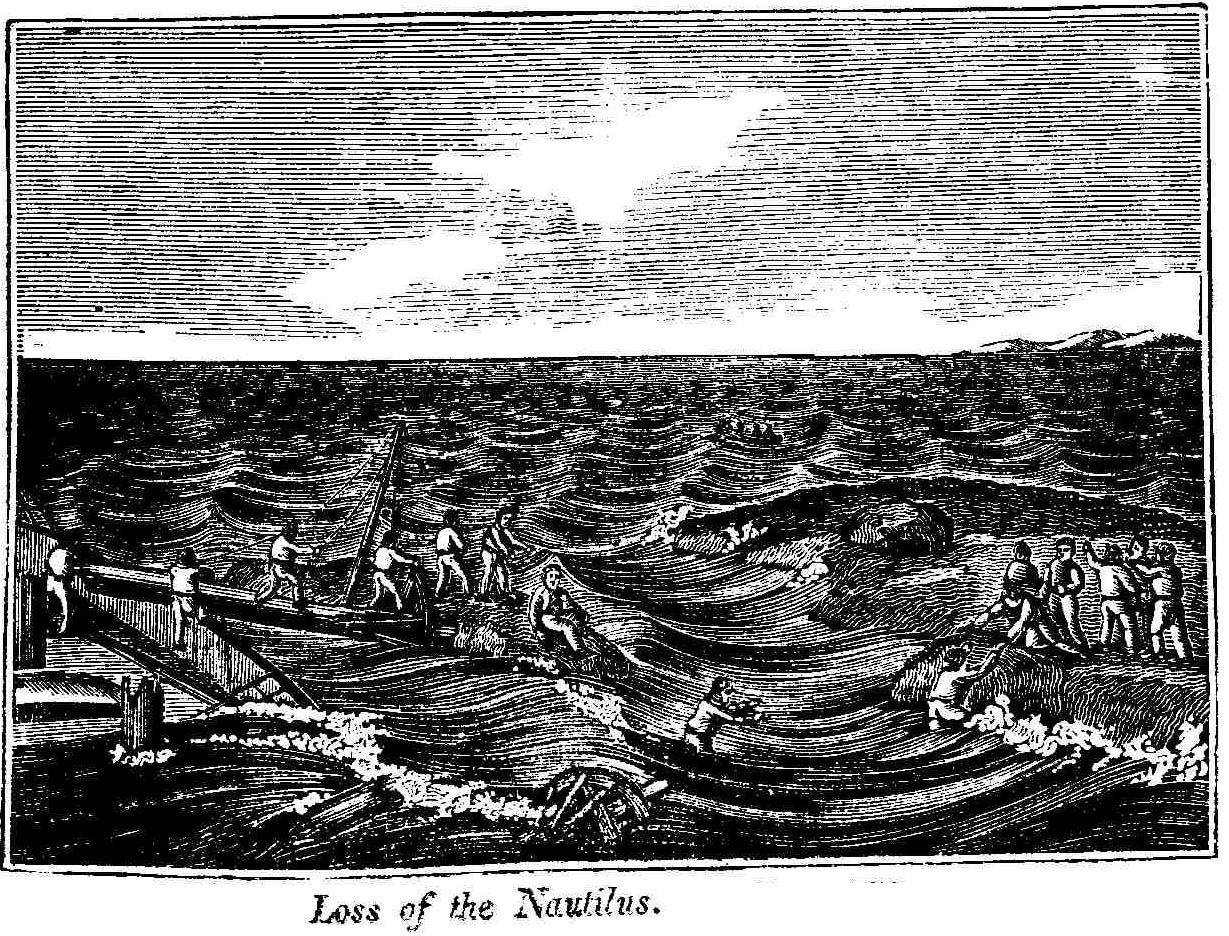 Loss of the Nautilus
Illustration from Interesting and Authentic Narratives of the Most Remarkable Shipwrecks, by R. Thomas, A.M. (1837)

The sorry loss of the Nautilus

Nautilus was a ship-sloop, a two-masted, square-rigged vessel slightly larger than the schooner Pickle and with eighteen guns.  After her Trafalgar adventure under Sykes, Nautilus met a sorry end in January 1807, shipwrecked in a storm on a rocky archipelago of the Greek islands. Of the 122 crew on board, 18 were drowned straight away and one in attempting to reach the boat; 5 were lost on the small raft, and 34 died of famine.
You can read the harrowing story of the survivors in this article. Warning: shipwrecks are always upsetting. This story has elements which are more disturbing than most!