By:
Kate Jamieson
Sea shanties have long been an important part of British maritime culture, and even if the age of sail is long behind us, they live on to this day. 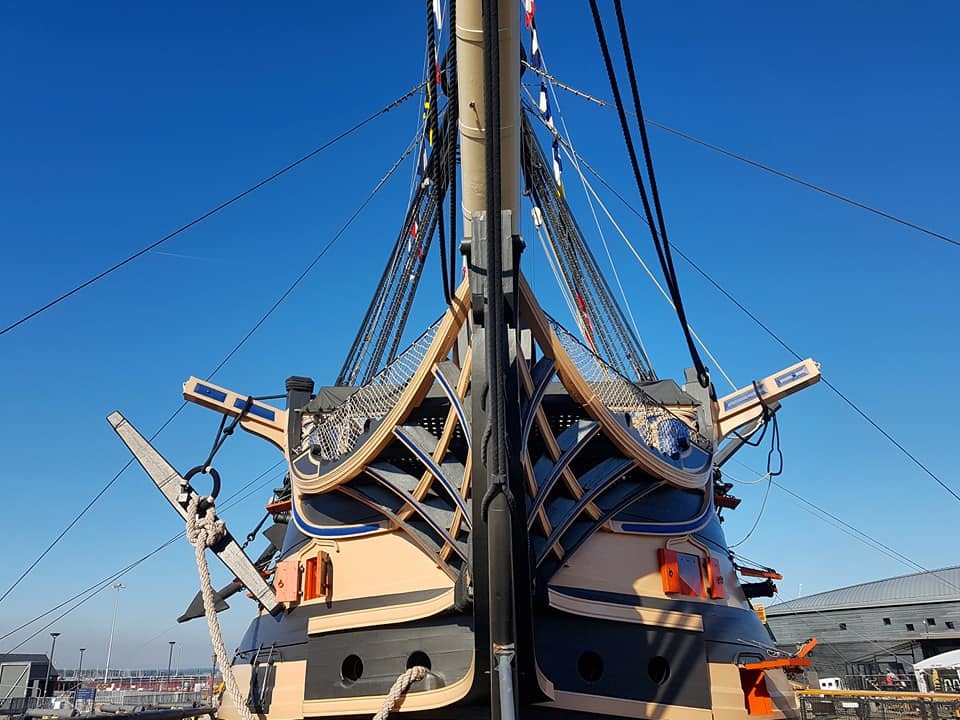 Sea shanties have long been an important part of British maritime culture, and even if the age of sail is long behind us, they live on to this day. There is a lack of historical references to anything like shanties, as they would come to be known, in the entirety of the 18th century but, in the second half of the 18th century, English and French sailors were using simple chants to coordinate tasks on board that required them to work together.
In fact, the word shanty is said to have derived from the French verb ‘chanter’, meaning ‘to sing'. Usually led by a shanty man and his crew, shanties involved call and response phrases with strong rhythms, to keep sailors in time during periods of heavy, physical work, part and parcel of sailing and manning a square-rigger. The work would occur usually on the last syllable of the response.
For example, the shanty "Boney":

There were long and short haul shanties for long and short rope pulling. There were windlass shanties for pumping out water, and capstan shanties for raising and lowering the anchor. There was also a fifth kind of 'shanty', which was more of a sea song, as they were not used for work. Foc’sle, forecastle or forebitters were songs sung after work was over for the dayand it was time to relax.
A number of sea shanties are still incredibly well known, some more than others, and some were in fact never a shanty at all and have just been remembered as such.

Sung when a job of hauling on a rope was expected to last a long time. These were usually one pull per verse, to give the men a chance to rest.  An example of a famous "halyard" shanty would be Blow the Man Down.
This was thought to be a shanty which detailed a common mishap at sea during the age of sail where a strong, sudden gale catches a ship with topsails fully set. The force of the wind, dependent on the balance and ballast of a ship, could "blow the man down", or blow the man-o'-war down into the water, partially capsizing it.
Blow the man down, bullies, blow the man down
Way, hay, blow the man down!
Blow him right back in to Liverpool town
Give me some time to blow the man down!

Some capstan shanties were typically more lyrical than other types as minimal pulling in conjunction was required and, often had a full chorus in addition to the call-and-response verses. One of the more lyrical ones is Rio Grande.
Then away, boys, away,
Away down Rio,
So fare thee well, my pretty young girl,
We're bound for the Rio Grande...
Another capstan shanty, omstly used on a ships voyage home, Spanish Ladies is thought to have been penned around 1796, onboard HMS Nellie and was thought to gain popularity throughout the Peninsular War, when British soldiers were being transported by sea.
The story goes  that after their victory over the Grande Armée, these soldiers returned to Britain but were forbidden to bring their Spanish wives, lovers, and children with them. Spanish Ladies is the story of men sailing north from Spain and back to Britain via the English Channel.
We'll rant and we'll roar like true British sailors,
We'll rant and we'll roar all on the salt sea.
Until we strike soundings in the channel of old England;
From Ushant to Scilly is thirty five leagues.

The bilge water had to be pumped out frequently and this was often done with a two man pump. Many pumping shanties were also used as capstan shanties, and vice versa. Santiana is a fantastic example of one of these.
Santiana refers to the Mexican general Antonio López de Santa Anna. Many British sailors sympathised with the Mexican cause and the shanty paints a glowing picture of Santiana’s exploits. Though worth noting it's actually pretty historically inaccurate!

In the evening, when the work was done, singing was a way for sailors to relax. The songs sometimes came from places visited, or historical events. These are more sea songs than shanties, and there are a number of them. A good example is 'Leave Her, Johnny', a song which describes the moment a ship arrives in port and all the sailors must leave her.

Fan of a sea shanty?

Falmouth, our first stop on The Trafalgar Way has a famous sea shanty festival in June every year!
Do you have a favourite shanty? Let us know in the comments below or tag us on social media @TheTrafalgarWay