By:
Kathy Brown
Horatio Nelson is one of the most famous naval officers in history, and as such is surrounded with myths and stories throughout his career. Have a read and let us know any others you've heard! 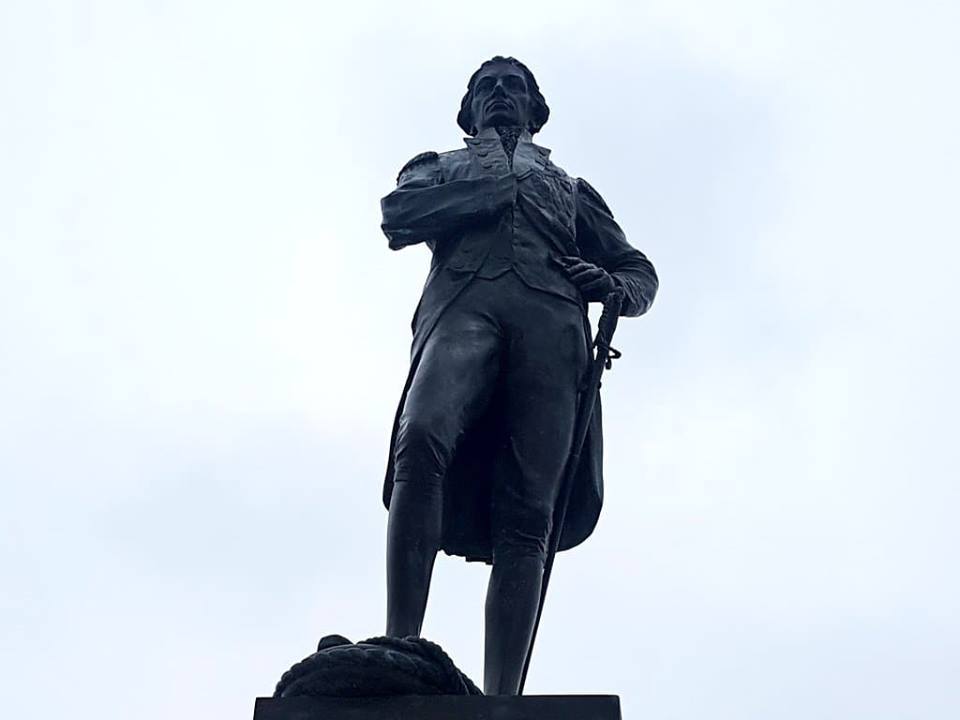 Whilst well respected by his men, feared by his enemies, and known to this day as a fierce and genius tactician, Horatio Nelson was also something of a troublemaker and an eccentric.
Here are 5 interesting stories about the great man himself!

Whilst still a Midshipman, Nelson served under Commodore Phipps during his expedition to the North Pole. The legend goes that Nelson and one of his shipmates bunked off duty and stalked a polar bear over the ice. After having been surprised by the beast, Nelson’s weapon misfired, forcing him to fend the creature off with the butt of his rifle until he was able to get away, leading to the creation of the now very famous painting of this moment, immortalising the myth!

Nelson was the middle child of eleven siblings. Being almost certain to receive little to no inheritance from his father, it was thought that he had no real prospects in life. Consequently, he joined the Navy at the tender age of twelve. His family were somewhat bemused by the idea and didn’t have much faith in his abilities... On hearing the news that his young nephew Horatio was to join him at sea, Maurice Suckling, Nelson’s Uncle famously said, “what has poor Horatio done, who is so weak, that he should be sent to rough it out at sea? But let him come, and the first time we go into action a cannon ball may knock off his head and provide for him at once.” Families, eh?

In spite of the fact that he joined the Navy at twelve, received his first command at age twenty, and became admiral at thirty-nine, Nelson suffered from sea-sickness for the entirety of his career. Nelson famously once wrote that he was ill every time it blew hard and nothing but his enthusiastic love for his profession kept him one hour at sea! It could be argued that Nelson’s suffering showed his patriotism and sacrifices he was willing to make for his country! The fictional character of Horatio Hornblower, who received Nelson’s first name, also carried this trait.

Nelson’s unorthodox naval tactics helped him to victory at Trafalgar, but it wasn’t the only time he broke the rules. During the Battle of Copenhagen in 1801, Nelson was ordered to retreat by the cautious Admiral Sir Hyde Parker, through the use of a system of signal flags. The story goes that, lifting his telescope to his blind right eye, Nelson said, “I have a right to be blind sometimes… I really do not see the signal”, before ordering his forces to continue the attack on the Dano-Norwegian forces. In spite of the fact Nelson admitted he had ‘fought contrary to orders’, he was appointed Commander-in-Chief following the battle.

Following his death at the battle of Trafalgar, it was feared that Nelson’s body would succumb to rot on the voyage back to England. In the end, he was preserved in a brandy cask as far as Gibraltar. The cask was lashed to the mast of the Victory and was guarded by a marine. There’s another story that by the time the Victory reached Gibraltar the level of alcohol had gone down. Was this the body soaking up the drink or the Marine making a quick penny by offering a drink to the crew. This is where the nickname ‘Nelsons Blood’ comes from, as well as the famous saying of ‘tapping the Admiral’ relating to the tapping of a barrel. There is, of course, no proof that this was the case. Upon arrival to Gibraltar, Nelson’s body was transferred into a spirit for the journey back to London. By the time the body reached Greenwich, his face had to be covered as it lay in state due to being unrecognisable from swelling...
What do you think? Is there truth to the myth?