How The Trafalgar Way came to be (Part 1) 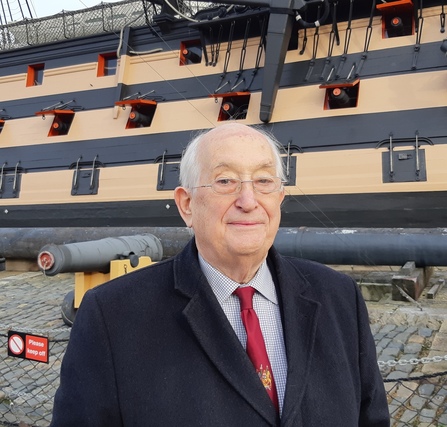 In the early 1990’s, a debate began as to how the decade prior to the Bicentenary of the Battle of Trafalgar was to be commemorated.  The result was the formation of the Official Nelson Commemorations Committee (ONCC) chaired by Dr Colin White, Deputy Director of the Royal Naval Museum at Portsmouth.  The 1805 Club was represented on the ONCC by Peter Warwick, then Chairman of The1805 Club.  One of the first decisions of the Committee was to designate the pre 2005 decade as 'The Nelson Decade' to parallel the ten years from 1795 to 1805 during which Lord Nelson’s most famous battles had occurred.

The deliberations that ensued gave rise to suggestions for lectures, conferences, seminars and social events, including lunches and dinners at appropriate times during the Decade, and fire beacons along the south coast on Trafalgar Day.  A major aim was to counter the “Sea Blindness” manifest in the public mind in regard to national maritime achievements and the historical achievements of the Royal Navy. Events were planned and run for Nelson’s actions prior to Trafalgar.  For the first two of the three major battles, St Vincent, The Nile and Copenhagen, major conferences and dinners were arranged.  And for Copenhagen, I attended, with the Chairman, a reception in 2001 on the Trekroner fort outside Copenhagen harbour with a sail past by British and Danish ships.  It was considered sufficiently significant by Denmark for HM Queen Margarethe of Denmark to attend. 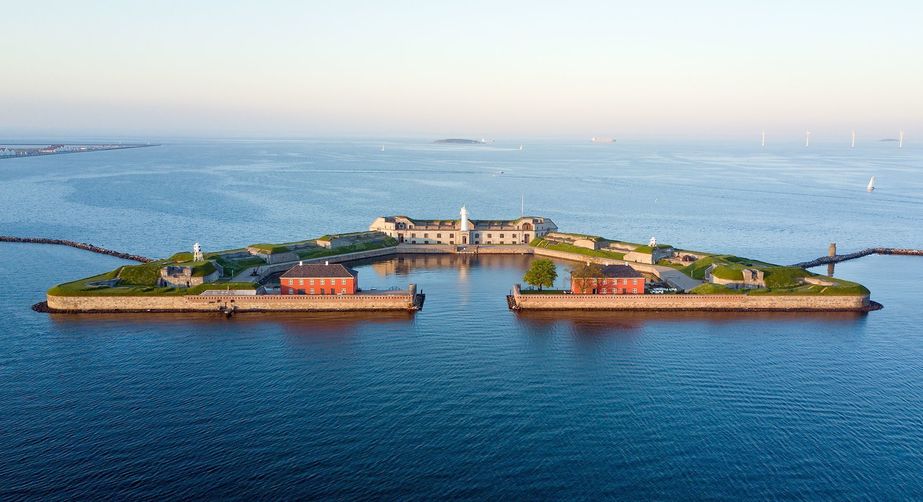 The Trekroner Fort (Copenhagen), by Stig Nygaard (This file is licensed under the Creative Commons Attribution 2.0 Generic license.)

However, none of the many events that took place had the potential to found a permanent legacy of Nelson’s achievements.  And looking back to the Centenary of Trafalgar in 1905, no events had taken place then that had had a long term impact—this was considered to be a lost opportunity that should not be allowed to recur in 2005.  I therefore suggested that we should consider the possibility of recreating, so far as possible, the delivery of Admiral Collingwood’s First Trafalgar Dispatch from Cape Trafalgar to London. This was readily supported by the ONCC as it had the potential to create a permanent legacy.

Proposals were considered for organising the delivery from Falmouth to London by car, or more slowly by horse, of a commemorative missive of some kind symbolising the original Trafalgar Dispatch.  But these were dismissed as lacking authenticity and impact as well as not conferring sufficient significance on the legacy of Lord Nelson through his victory at Trafalgar.  And the question of how and from where the missive would reach Falmouth before the event was not even considered.

However, I felt that such an event, if properly designed and executed with authentic accoutrements, would have one significant advantage over every other initiative that was being taken.  In establishing and marking the land route, it would provide a memorable and permanent legacy of the bicentenary, and indeed of Trafalgar itself and Nelson’s dying achievement, that the other events would not produce.  In turn this would establish a permanent platform along an inland route of nearly 300 miles, and along which events relating to the Royal Navy and its history could be run in future years.

The problem lay in the fact that to run an event involving a sea voyage from Cape Trafalgar to Falmouth and then a 271 mile drive by coach from Falmouth to London would be a massive and expensive undertaking.  And we could not reduce costs by lowering standards.  The Royal Navy places a high priority on excellence and we would have to more-than-match that criterion, particularly in an event celebrating Lord Nelson and Trafalgar.

I mulled over the question for a considerable time with my two colleagues, and in due course we took what was in many ways a leap in the dark, relying on the belief that the names Nelson and Trafalgar had the potential to open doors—the “Sesame” effect.  If we could design a credible event, reflecting the events of 1805 as closely as possible with pace and vision, this would attract the necessary funding and also earn the approval, and perhaps involvement, of the Royal Navy.

The story continues: read Part 2, "Preparations for the Recreation of Lapenotiere's Journey ".