By:
Kathy Brown
The Royal Navy has a language all of its own. Commonly known as “Jackspeak”, some of this naval slang has been in use for centuries! Here are 5 examples of old naval slang still in common usage. 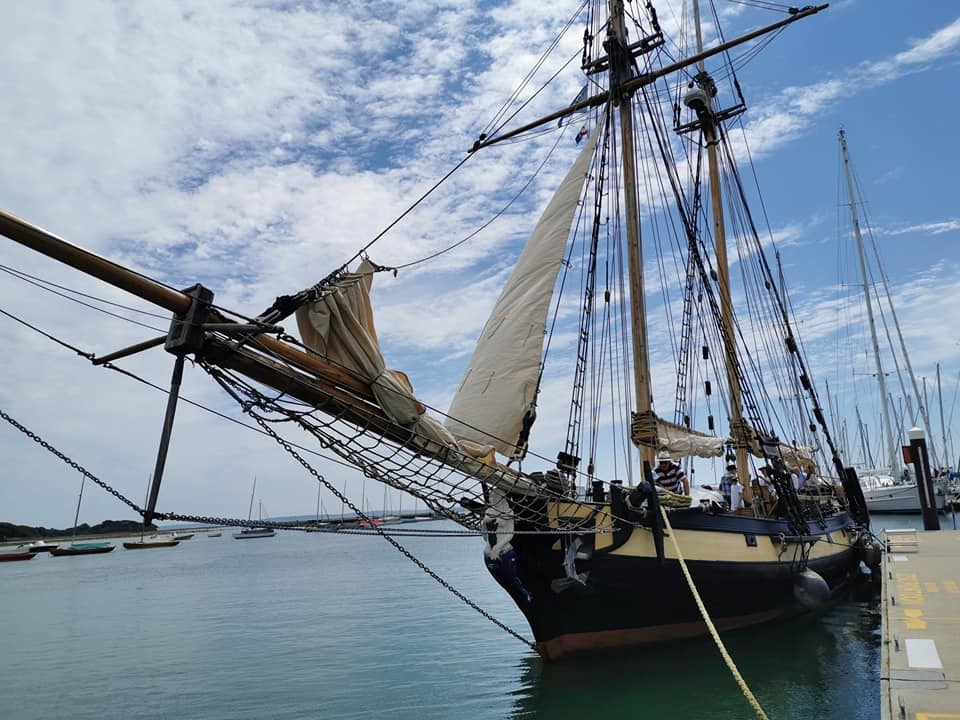 The Royal Navy has a language all of its own. Commonly known as “Jackspeak”, some of this naval slang has been in use for centuries!
Here are 5 examples of old naval slang still in common usage.

During the 17th Century, the UK was engaged in a series of wars with the Dutch states. These conflicts mainly occurred due to disputes over trading and colonies. The Anglo-Dutch Wars were notable due to the fact that most of the major battles took place at sea. The British seamen used to say that the Dutch sailors were so cowardly that they needed to drink a shot of schnapps just to face them in battle, which birthed the term “Dutch Courage”.

Some of the food that sailors had to eat wouldn’t have been too appetizing. A lot of it was heavily salted or stored in brine for voyages lasting many months. “Chewing the fat” described the serious mastication that the toughest beef would require to break it down.

In the golden age of sail, understanding how to use the ropes to control the sails was a fairly mandatory skill.  Therefore an older, more experienced sailor may be asked to help a new landsmen, perhaps recently pressed by “showing him the ropes”.

I think we all know somebody we consider to be a loose cannon - unpredictable and sometimes a bit risk driven! This phrase materialised when one of the ship’s guns would come loose from its carriage and ropes, launching itself back across the gun deck when firing, and causing chaos until it was back in its place.

A long shot, describing attempting something with little chance of success. This describes firing on a target well outside of the range of the guns onboard, minimising the chance of success.
Can you think of any modern phrases that have their roots in Jackspeak?
Let us know in the comments below, or tweet us @TheTrafalgarWay