Men of the Pickle

We've shared the story of Lapenotiere, but what about the other men on board? Here we will look at the roles of some of the most important men onboard Pickle. 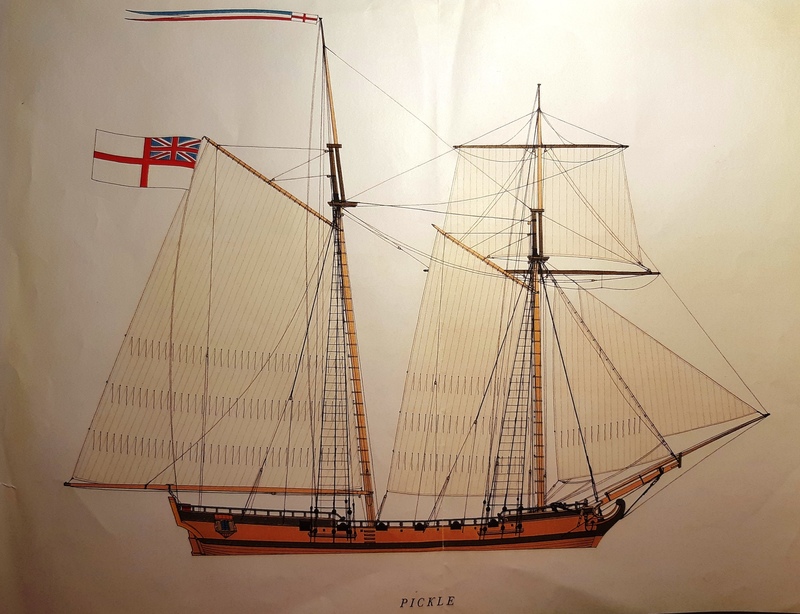 We've shared the story of Lapenotiere, but what about the other men on board? Here we will look at the roles of some of the most important men onboard Pickle! We don't have a log of the Warrant Officers onboard Pickle at Trafalgar, likely because she was so small, but we've picked out the men we know were at Trafalgar, all just as well trained and with experience.

The Boatswain's Mate would generally have been one of the most feared men in the crew. Their primary duty was to ensure that commands of the boatswain and ship’s officers were being followed. Slacking off duty? Expect to be struck by the cane or a length of rope by the boatswain's mate. This was known as 'starting' and many captains issued strict orders to limit its use. The boatswain’s mate was also responsible for administering the cat (o'nine tails) when a sailor was flogged.

A surgeon's mate was a rank in the Royal Navy for the man assisting the surgeon onboard ship. It became assistant surgeon in 1805, and was considered by many to be the  equivalent to the rank of mate. A surgeon's mate was responsible for visiting patients in the sick bay and attending to their needs. Along with the surgeon, he would examine patients during morning sick call.  SG Britton was taken aboard the Victory at Trafalgar to help the surgeon because "rows of shattered men lying on the orlop deck were so overwhelming."

The Gunner's Mate was usually a senior Petty Officer, charged with manning his gun deck during battle with a bag of gun spares, ready to help with any problems that might occur. They in turn were assisted by junior petty officers, the Quarter gunners (generally responsible for four guns each).

The Carpenter's Mate was also usually a senior Petty Officer and, as you can imagine, an integral part of a ship made of wood! He had to pass an examination in shipwright work before he could go to sea. His duties included inspecting the ship for defective timbers and examining the state of the masts. After battle, he repaired any shot holes and other damage to the vessel.

George Almy was actually from Newport in America. The regulations from August 1805 set down by the Royal Navy stated that 'as Second Masters and Pilots of Gun Brigs are not required by the old Establishment, to pass any examination previous to their appointment, and it being essentially necessary that all Officers who undertake the charge of His Majesty's Ships sad Vessels of every description should possess a competent knowledge of Navigation for that purpose; all Masters and Second Masters are in future to pass an examination, and will not be appointed to any Vessel unless they shall have been previously reported qualified to perform that duty, by the Master and Wardens of the Corporation of the Trinity House.'  He would have been responsible for navigation, a particularly difficult task in the great storm which followed the battle!