The Battle of Trafalgar

By:
Kate Jamieson
On the 21st of October 1805, the British fleet, under Horatio Nelson’s command, met the combined French and Spanish fleets, under French Admiral Pierre-Charles Villeneuve, for one of the most famous naval battles in history, off Cape Trafalgar, Spain. 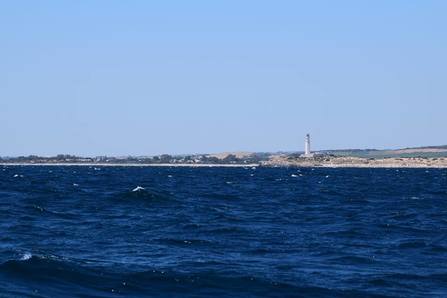 On the 21st of October 1805, the British fleet, under Horatio Nelson’s command, met the combined French and Spanish fleets, under French Admiral Pierre-Charles Villeneuve, for one of the most famous naval battles in history, off Cape Trafalgar, Spain.
Nelson had joined his flagship at the time, HMS Victory, on the 14th September at Portsmouth and sailed along with HMS Euryalus for Cadiz, where the Franco-Spanish fleet were moored in preparation for Napoleon’s now abandoned invasion of Britain, with the British fleet less than 50nm away. By being further out to sea, Nelson know that his fleet would be far less likely to be spotted by enemy scouts or outposts.
When Nelson joined the fleet, he made it his mission, as it were, to dine with his Captains, in order to get to know them and vice versa, as well as discussing his plans for battle. Amongst many discussions, it was agreed that the British fleet would set to work painting the lines of gunports on their ships ‘a la Nelson’ with horizontal stripes of yellow whilst the gunports themselves were black, creating the famous chequered effect. Nelson also ordered the lower masts of the entire British fleet to be painted yellow. Not only was this uniform, it would also help to distinguish between ships in battle.
The problem facing Nelson at the time of his arrival was managing to prise Villeneuve and the Franco-Spanish fleet out of Cadiz. Villeneuve was more than aware of Nelson’s impending presence.
The sailing of the combined fleet was postponed, partly because Napoleon was losing faith in Villeneuve, and looking to replace him, and partly due to weather. They hoped that predicted storms would break up and drive away the British fleet, giving them fair winds to leave Cadiz and create space. Regardless of the weather, Villeneuve knew he had been dealt a poor hand. He could not leave, whilst British reinforcements were joining the fleet daily.
Around the 10th October, Nelson received word that the enemy were due to depart Cadiz that evening, the fleet was gathering close to the mouth of the harbour and showed signs of preparing to make way. Nelson made plans for a morning battle, to ensure that they would have the best light of the day.  However, once more the weather caused problems, the enemy fleet could not leave Cadiz. Nelson did however use this plan as a template for Trafalgar, allocating ships to each column and giving them a position in the line. This changed a number of times prior and during the Battle of Trafalgar but much remained the same. He wanted to sail at full speed, with his fleet in two lines. One commanded by himself, and one by his second-in-command, Vice Admiral Cuthbert Collingwood, with a small reserve group if required.

To break through the combined fleet, and isolate the ships at the rear, defeating them before those at the front were able to turn and come to their aid.  The Franco-Spanish fleet managed to depart from Cadiz on the morning of 19th October. Villeneuve had received word of British ships in Gibraltar and took this as a sign that Nelson’s fleet would be weakened (little did he know).
On the evening of the 20th October 1805, the two fleets were moving towards each other cautiously and a battle was inevitable.  The following morning, Nelson wrote his famous prayer, asking for a ‘great and glorious victory’.  At around 10 o clock in the morning, on 21st October 1805, the signal flew to prepare the British fleet for battle. Nelson walked the decks of the Victory along with Hardy speaking to his crew and promising a ‘more glorious day than the Nile’. 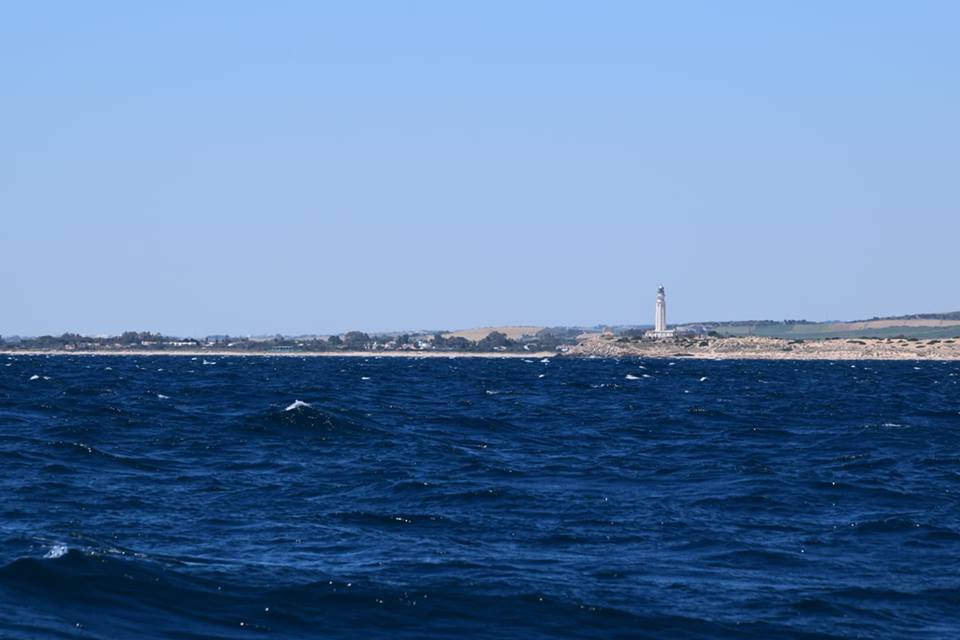 The British were outnumbered, but this didn't necessarily matter as much, due to the lack of a formal line of battle. As well as this the British rate of fire was twice that of the enemy fleet.  Nelson’s plan was for two lines of ships, one led by himself and one by Collingwood, to attack the rear and centre of the enemy. Nelson led the attack from the centre, breaking the line, something which was rare, but had been tried and tested at the Saints and Glorious First of June.
There was a danger to the head of the attacking line, and so Nelson used his two first-rate ships of the line, Victory (Nelson’s flagship) and Royal Sovereign (Collingwood’s flagship) to lead. Nelson’s Captains suggested he may like to let three ships go ahead of the Victory, but Nelson refused.
At 1115 his most famous signal was hoisted...

‘England expects that every man will do his duty’

It was originally to be ‘England confides that…’ but ‘confides’ would need spelling out and ‘expects’ was in Popham’s signal book. There’s a story that the word ‘Nelson’ had also been substituted for ‘England’ at the suggestion of Captain Blackwood, who was with Nelson when the signal went up. “He [Nelson] said ‘I’ll now amuse the fleet with a signal’ and asked me if I did not think there was one wanting’. The signal was well received within the fleet and it’s at this point Nelson uttered his famous words, “Now I can do no more. We must trust to tue Great Disposer of all Events, and the justice of our cause. I thank god for this great opportunity of doing my duty”.
At around 1200 the first shots were fired by the French ship Fougeux (74 guns), a man of war, as she engaged Royal Sovereign. It was at this point Collingwood directed his attack as he advanced to break the line. Battle was underway. At around 1204 the Victory fired a shot directly in to the stern of the Bucentaure (Villeneuve’s flagship). Nelson’s public secretary, John Scott, was shot. Capt. Adair of the Marines tried to remove the body before Nelson could see it, but he already had and said nothing but “poor fellow”. Nelson and Hardy walked the quarterdeck for some time. Meanwhile, the enemy fleet continued with raking fire. Hardy’s shoe buckle was even taken off by a splinter… Nelson said, “this is too warm work to last long” and that in all his battles, he hadn’t seen courage like Victory’s crew on that day.
Victory’s tiller ropes were shot through & Nelson sent the Master below to get the helm to port. This brought her upon the Redoubtable. They commenced firing upon each other at almost point blank range. The British blasting the ship to pieces & the French using musket fire from the tops…
Nelson remained on deck commanding his fleet, in full uniform, and so when the Redoubtable came alongside the Victory he was easy to spot, and was shot by a marksman, with the bullet hitting his left shoulder, rupturing the pulmonary artery and travelling to his spine.  Nelson knew he was dying and even told Hardy ‘They have done for me at last, my backbone is shot through‘. Hardy ordered him to be taken below to Mr Beatty, the surgeon.
The battle continued and Nelson was taken to the Orlop Deck of HMS Victory. Beatty said to Nelson that he hoped it wasn’t as serious as Nelson thought and that he may still survive to see his glorious victory, but by this point Nelson had no feeling in the lower part of his body, severe pain in his spine and difficulty breathing.  The Temeraire was soon alongside the Redoubtable and the French described her broadside as ‘murderous’. In under half an hour the Redoubtable was almost entirely destroyed and out of 634 men, 300 were killed and 222 wounded, including nearly all her officers.
Whilst fighting continued in the centre of the combined fleet around Victory, Redoubtable, Temeraire and the Santisima Trinidad, Collingwood’s column was attacking the rear. The Redoubtable eventually surrendered at around 1420. The majority of her crew were killed or wounded, she was dismasted and the yards of the Temeraire had fallen on her decks, her tiller/helm/rudder gear were destroyed along with her stern post, all her guns were dismounted, the poop deck was destroyed, the ship was on fire and filling with water slowly.  She stayed true to her name at least…
The Bucentaure had surrendered and, after engaging the enemy, Santisima Trinidad (the largest ship at Trafalgar) had her colours shot, she sat in the water, unable to move. Africa (the smallest ship on the British side) popped on over and requested possession. The Spanish officers declined and sent the British back to their boat, before recommending firing. She sat out the rest of the battle, but the Combined fleet tried one final counter. The French ship Formidable headed for the centre of the fleet, aiming to cut off two British ships. They passed both the Bucentaure and Santisima Trinidad and engaged 12 ships, before realising they were cut off from the rest of the fleet.
Meanwhile, onboard the Victory, Nelson (at this point with no feeling from the chest down) knew he didn’t have long to live and asked Hardy how the battle was going. Hardy told him it was going well, and that they had 12 or 14 enemy ships taken. Nelson responded with ‘that is well, but I had bargained for twenty’. Other ships were bearing down and Hardy told his friend that he intended to ‘give them a drubbing’. Hardy informed Nelson of his victory, and Nelson asked Hardy not to throw him overboard when he died, before asking him to take care of Lady Hamilton. He then asked Hardy to kiss him. Hardy kissed his cheek and Nelson said ‘thank god, I have done my duty’.  Hardy then kissed his good friend’s forehead and Nelson asked who it was. Hardy told him and Nelson replied with “God bless you Hardy”.

After this, Hardy left and returned to the quarter deck, Nelson told his steward that he was leaving Lady Hamilton and Horatia as a legacy to his country and 15 mins later he became speechless, cold and stopped breathing  He passed away at approximately 4pm.

By the time Nelson died a victory was certain...

Not that the French or Spanish wanted to admit it… so fighting continued for another hour. At around 5pm the Intrépide struck her colours and around 45 minutes later the, now on fire, Achille exploded as the fire reached her magazine, bringing the battle to an end.  Around 4744 men were dead (449 British and approx 4395 French and Spanish) 18 of the Franco Spanish fleet were taken, 11 limped back to Cadiz and never put to sea again, 4 of Dumanoir’s van fled (and eventually surrendered to Sir Richard Strachan in November). 1500 British casualties, including those dead, were reported and around 13,000 from the enemy fleet.  Nelson wanted to annihilate the combined fleet and he achieved it.
After the battle. Villeneuve was taken prisoner on the Bucentaure and sent to Britain.

Nelson’s body was transported back to Britain in a barrel of brandy and news of the death of Nelson and victory at Trafalgar sailed in HMS Pickle, our famous schooner!
HMS Pickle reached Falmouth on 4th November 1805 and Captain Lapenotiere took a chaise bound for London...
But that's for another day!