We keep the plaques maintained as best we can! Here's a lovely before and after of the one in Woodyates. 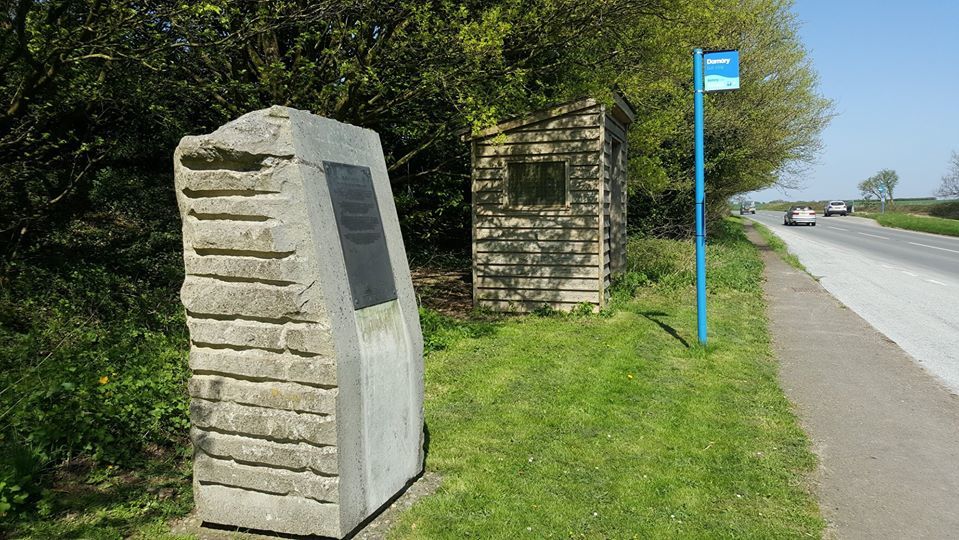 Once upon a time, beside a lonely bus stop in a far corner of Dorset, there dwelt a poor, denuded bronze plaque. Whether it was from the acid effects of passing traffic, or from well-meaning attempts to polish the once-proud memorial, no-one knew. But its colours were all gone, and its surface looked raw and sad.

Then along came a kind neighbourhood resident with a toolkit, who took down the plaque and placed it into the safekeeping of nearby Sixpenny Handley parish council. The bronze plaque was handed to The Trafalgar Way team who took it away to plaque rehab. 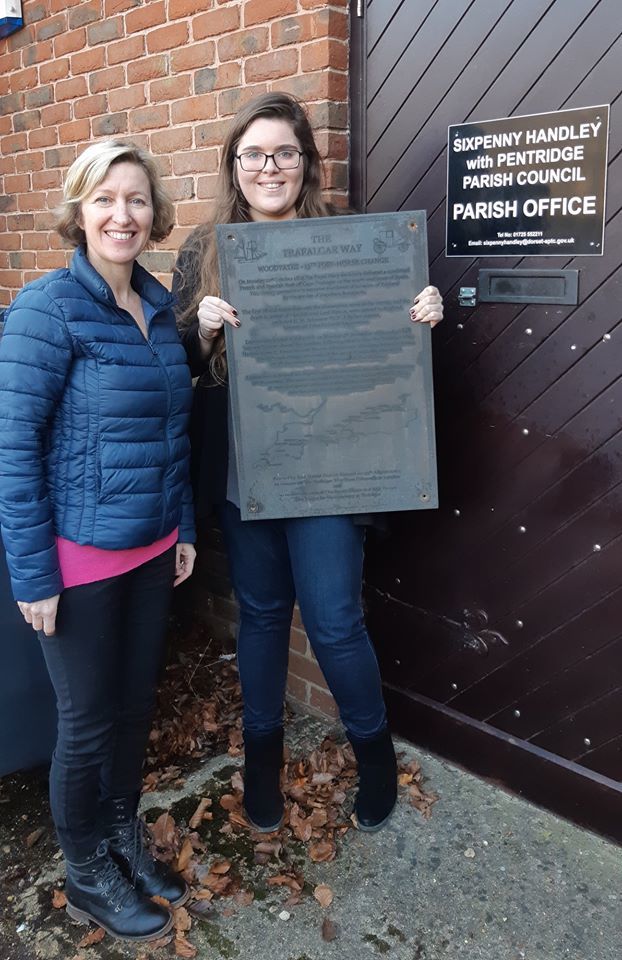 Some months later, the plaque was returned, refreshed, smart and protected once more against the elements. It was kindly received back into the care of Sixpenny Handley, who arranged for reaffixing to its granite plinth. 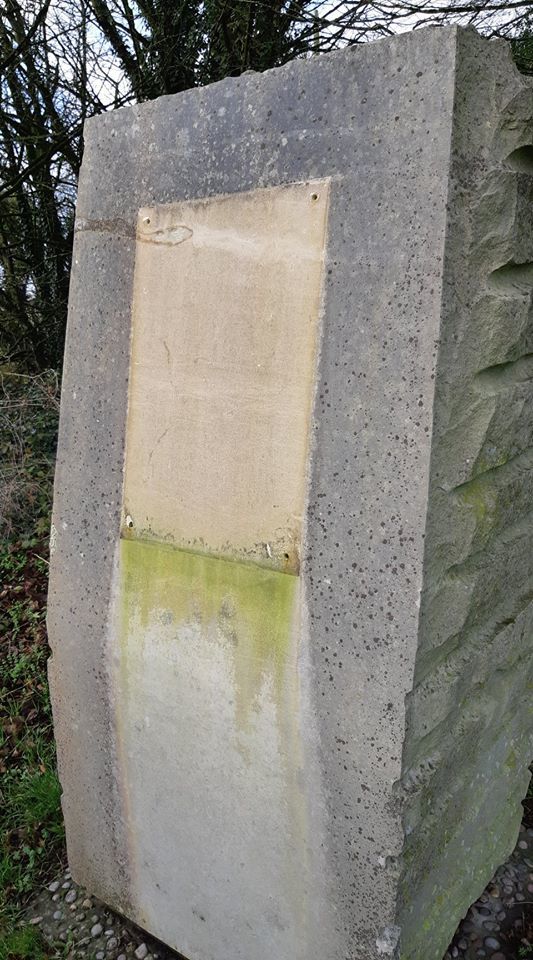 Once again, the plaque now proudly tells the story of the messenger who stopped by at Woodyates Inn, one cold November afternoon in 1805, to change horses and carriage for the 13th time of 21 during his urgent, momentous journey to London. 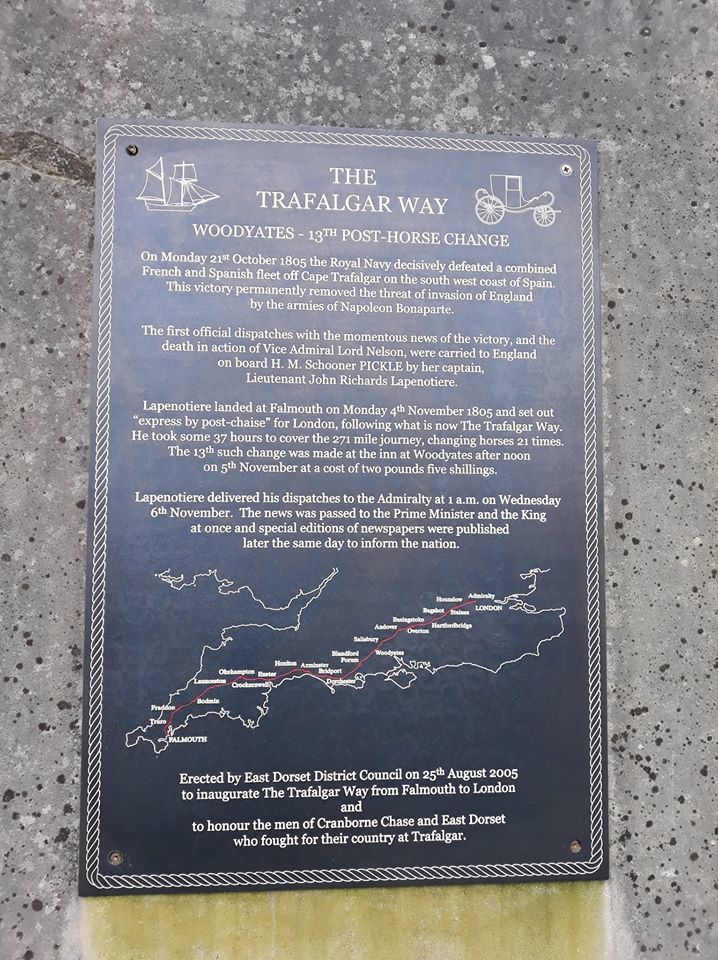 Three cheers for the Woodyates plaque and the whole team who helped make it as good as new!