The twentieth stage of Lapenotiere's journey by post-chaise.

<<Back to Hartfordbridge| Onward to Hounslow >>

Bagshot is situated in the north west corner of Surrey close to the border with Berkshire.  The Trafalgar Way plaque can be found on the Jubilee Lamp in The Square.

Bagshot was an important staging post between London, Southampton and the West Country and Lord Nelson himself would have often changed horses at the coaching inn. He is reputed to have stayed overnight at a house nearby. The house is now Hall Grove School and in 2018 several pupils won prizes in the first Trafalgar Way competition - a short story contest. The overall winner won a visit to the school by a replica post chaise express coach with a pair of horses and the children enjoyed rides around the grounds.

It was in Bagshot that the notorious highwayman, William Davis (known as The Jolly Farmer) was caught at the White Hart Inn.

Pennyhill Park Hotel is where the England Rugby team train and Bagshot Park, the home of Prince Edward, Earl of Wessex, is located on the northern edge of the town. 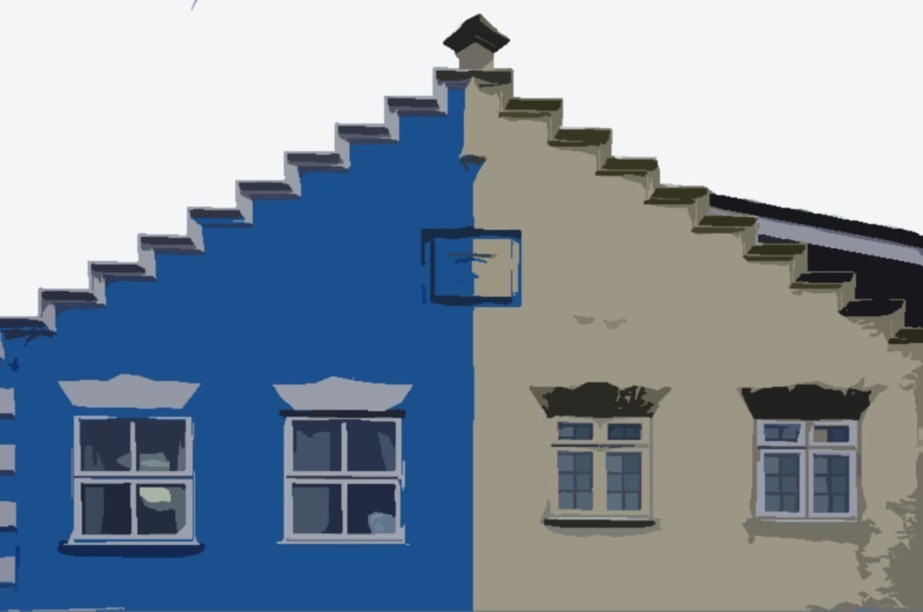 Egham Hill. We took a photograph and made it into a graphic image.

Further east along The Trafalgar Way, Sunningdale is a village in the extreme south-east corner of Berkshire. It lies the other side of Sunning Hill from the famous racecourse at Ascot.

Fort Belvedere or Shrubs Hill Tower is at Shrub’s Hill in Windsor Great Park and was built around an earlier edifice around the year 1828 in the Gothic Revival style. It stands roughly equidistant between the A30/London Road and another ‘London Road’ to the north. It was at one time the home of Edward Prince of Wales and it was here that his relationship with Wallis Simpson blossomed. Fort Belvedere is also the site of Edward’s abdication as King in 1938. In the grounds stands a ruin, part of an ancient temple brought from Leptis Magna near Tripoli in modern day Libya. It is located near Virginia Water between the south shore and Blacknest Road close to the junction with the A30 London Road.

Virginia Water is a manmade body of water constructed by Thomas and Paul Sandby at the behest of Prince William Augustus, Duke of Cumberland, the younger son of George II.

Egham is just 19 miles south west of London so Lieutenant Lapenotiere would have felt keen excitement knowing his pressing journey was nearly at an end in 1805 when he was rushing towards the capital with the first news of Trafalgar. The Trafalgar Way plaque is on what was previously the  Loch Fyne Restaurant on the High Street. An application was put in to restore it to its earlier incarnation as The Kings Arms Pub in July 2019 and this application is currently pending a decision.

Nearby is one of the most important historical sites in British history - Runnymede - where the Magna Carta was signed in 1215 by a reluctant King John. In Egham a memorial to Magna Carta was erected at the foot of Cooper’s Hill by the American Bar Association in 1957 and there is a statue of King John in Church Road in the centre of town. In nearby Englefield Green is the Air Forces Memorial which commemorates Commonwealth air force personal killed during the Second World War who have no known grave. From here you get excellent views towards London, Windsor and the Surrey Hills.

The hugely popular children’s author Dr Seuss was stationed in Egham during the Second World War and his book Green Eggs and Ham is reputed to have stemmed from his remark ‘I do not like green Egham’ when it was pointed out that the area was very green due to its proximity to Windsor Great Park.

From Egham The Trafalgar Way heads east towards Staines. 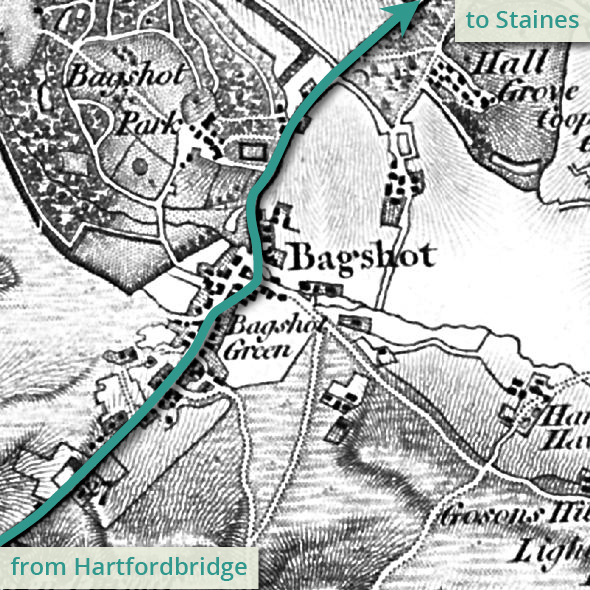 The route through Bagshot