On The Way: Falmouth

By:
Kate Jamieson
Falmouth, our first stop on The Trafalgar Way, is a town rich with maritime history which spans centuries.

Falmouth, our first stop on The Trafalgar Way, is a town rich in maritime history, which spans centuries. On this day in 1805 Lt Lapenotiere had reached the town at the start of his incredible journey, and what better place for us to start our write up of the towns along The Way?!
Falmouth has long been of strategic importance for its natural harbour, the third largest in the world. Between 1540 and 1545 Henry VIII built two forts to guard the entrance to the Carrick Roads, Pendennis Castle and St Mawes Castle. At the time Penryn, another of our Trafalgar Way stops, was actually the larger of the two towns, and dates back further than Falmouth in fact, to the 13th century but, in 1613, Sir John Killigrew created a busy little town and port at Falmouth which continued to grow, soon overtaking Penryn in size as well as hustle and bustle. During the English Civil War, Pendennis Castle was the second to last fort to surrender to the Parliamentary Army.
In around 1688 Falmouth was made the Royal Mail packet station. From here, ships would carry post around the globe and as a result Falmouth boomed, growing to become an important town. By the end of the 18th century there were around 30 to 40 ships with hand picked crews, who often made large fortunes from private contraband trade (the perks of being a Government ship and exempt from customs and excise duties!). The packet station remained in Falmouth until 1852.

Of course, like many of the Cornish towns, fishing was a major industry for Falmouth. Fish Strand Quay was built in 1790 to allow this industry to grow and in 1805 news of Britain's victory and Horatio Nelson's death at Trafalgar was landed here from HM Schooner Pickle and taken to London in a post chaise, by Lt John Richards Lapenotiere.
On 2nd October 1836 HMS Beagle anchored at Falmouth at the end of what is now an incredibly famous survey voyage around the world.
The main purpose of the expedition was to conduct a hydrographic survey of the coasts of the southern part of South America.
The Falmouth Docks were developed in around 1858 and the railway link arrived in 1863, making Falmouth a popular seaside resort as well. The Royal National Lifeboat Institution (RNLI) opened Falmouth Lifeboat Station in 1867.
In later years, during the Second World War, Falmouth became a target for a German bombing raid. An anti-submarine net was laid from Pendennis to St Mawes, to prevent U-boats from entering the harbour area and perhaps, more famously, the town was the launching point for the famous attack on Saint-Nazaire in 1942, codenamed Operation Chariot.
Then obsolete destroyer HMS Campbeltown, accompanied by 18 smaller vessels, crossed the English Channel to the Atlantic coast of France and was rammed into the dock gates at St Nazaire. The ship was loaded with delayed action explosives which detonated later that day. 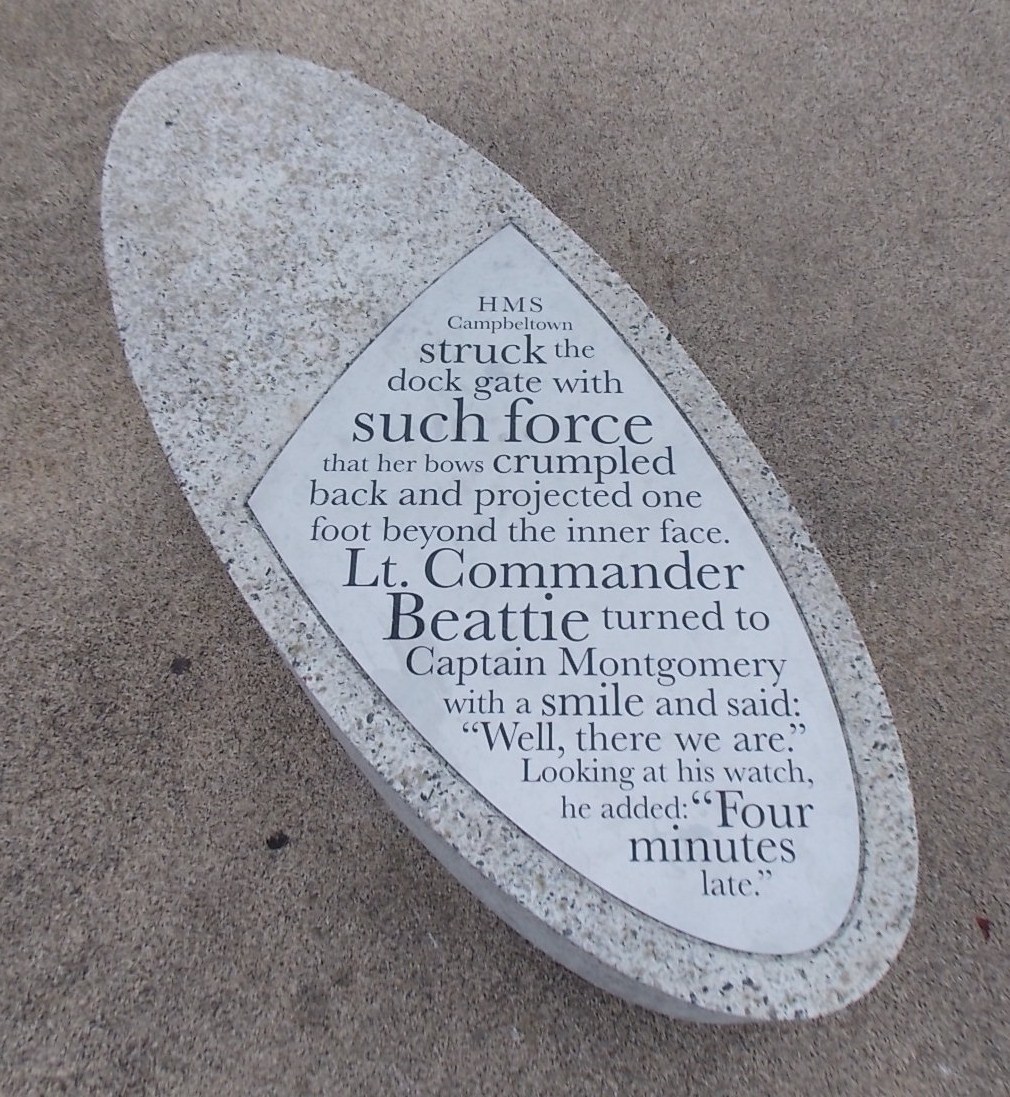 Between 1943 and 1944, Falmouth was a base for American troops preparing for the D-Day invasions.
Now? Falmouth is a town popular for being a wonderful working port, with a rich maritime heritage. The National Maritime Museum Cornwall can be found in the town, and there are plaques and memorials round seemingly every corner, including one of our own Trafalgar Way plaques.
Have you visited Falmouth? What's your favourite piece of local history?
Let us know in the comments below or on social media @TheTrafalgarWay