By:
Kate Jamieson
It's the time of year we celebrate Lt Lapenotiere famously reaching the Admiralty with his dispatches noting victory at Trafalgar and the death of Nelson. There's still time to celebrate, so here are a few ideas! 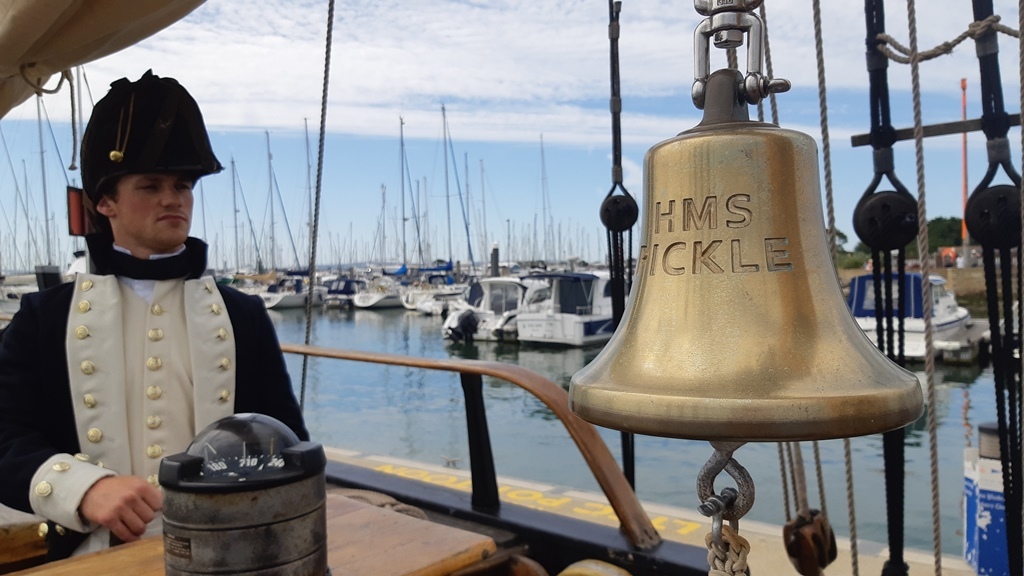 What is Pickle Night?

Pickle Night, usually held on 6th November, or as close to as possible, celebrates the arrival in London of Lt John Richards Lapenotiere, in command of HMS Pickle, carrying dispatches from Collingwood in which he celebrated victory over the French and Spanish fleet at Trafalgar and lamented the sad death of Lord Nelson.
Lapenotiere had raced under sail over 1000 miles and ridden hard in a post-chaise for nearly 300 miles to arrive in foggy London at one in the morning on the 6th of November.
Bursting into the Admiralty Board room, Lapenotiere found William Marsden, the Secretary of the Admiralty, holding a candle aloft and about to retire to bed. Lapenotiere, who had had nearly two weeks to think about what he would say as he handed over Collingwood’s despatch, paraphrased his admiral’s words, crying out:
“Sir we have won a great victory, but we have lost Lord Nelson!”

How can I celebrate Pickle Night?

Well, traditionally in the Royal Navy, those partaking in Pickle Night (usually senior rates and Warrant Officers) all do the following. You can do as many of these as you wish!
Essentially, think about every eighteenth century sailor stereotype you can, within reason, and you have your celebration.
*Of course, you don't have to drink rum or beer, those can be substituted, but we think shanties are essential.

We've been busy collating lots of example Pickle Night plans, menus, games and getting the inside track on toasts and etiquette. Catch up here : https://www.thetrafalgarway.org/pickle-night

But what do we eat?

Again, the more traditional the better. Think soups, stew and puddings followed by hard tack and cheese (the famous ship's biscuit  - At sea, usually filled with weevils you had to tap out, or leave in if you wanted the protein).
Of course, if you prefer bread then we won't judge. It's probably the lesser of two weevils.

What else can we do?

Why not also decorate your house or venue too? We're talking rope, ensigns, bunting, a cannon... Ok, that last one was a joke. Some Pickle Nights even have each table provide a short 5 minute piece of entertainment, led by their table "Gun Captain". A suitable prize can be given to the winner.

Have you celebrated already? Are you going to?

Send us your stories and photos on social media and we'll share them on here over the next week or so, as we'd love to see them!