By:
Kate Jamieson
The Royal Navy has a language all of its own. Commonly known as “Jackspeak”, some of this naval slang has been in use for centuries! Here are 5 more examples of old naval slang still in common usage. 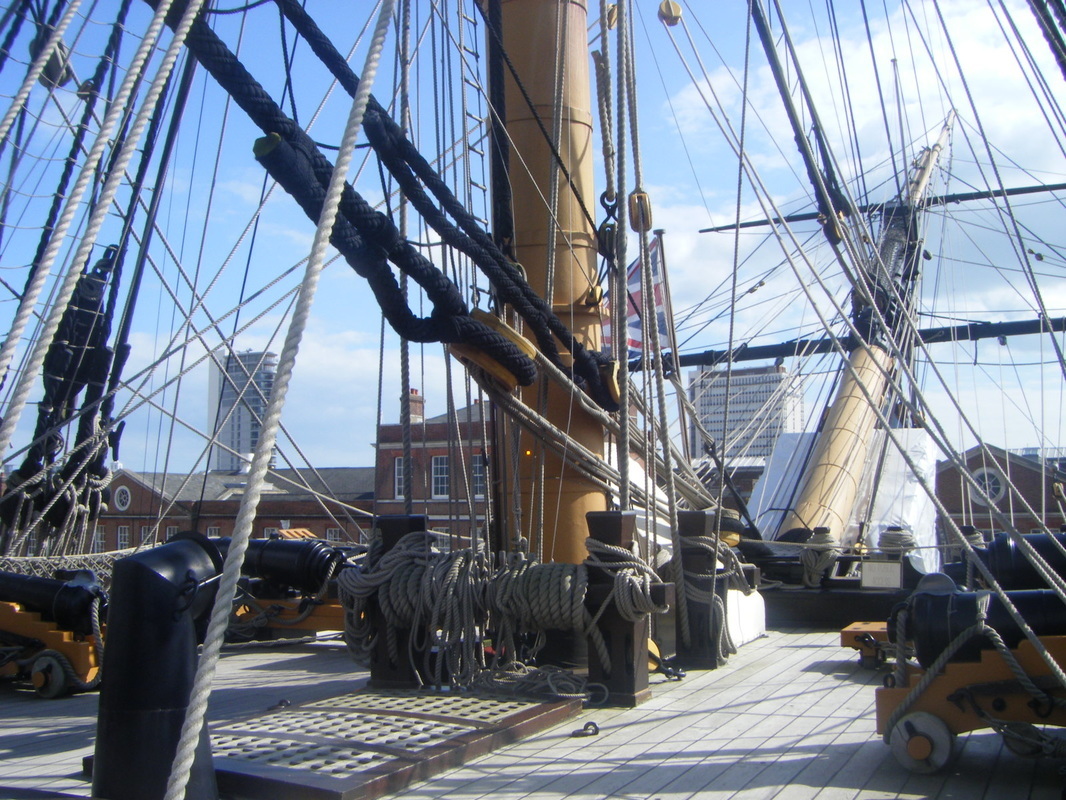 The Royal Navy has a language all of its own. Commonly known as “Jackspeak”, some of this naval slang has been in use for centuries! We covered some of these here a few weeks ago, but here are a few more...

Not enough room to swing a cat

Generally used to describe a very small room or space, the origin of this phrase was related to a naval punishment. The ‘cat’ was a ‘cat o’ nine tails’ ??" a lash with a 2 foot rope handle and nine 2 foot ‘tails’ with 2-3 knots tied on each.  The space between decks on a naval warship at the time was very small and cramped (which you will be aware of if you’ve ever set foot on HMS Victory). This punishment of a flogging with a cat o’ nine tails was undertaken on deck, as below there was ‘not enough room to swing a cat’

The sun's over the yardarm

A popular phrase now taken to mean that it’s an appropriate time of the day to start drinking. In the navy, sailor’s used to be given a ration of around 8 pints of beer a day. Officers did not generally drink beer and so they had to wait for their rum ration, usually given between 1000 and noon. In the northern hemisphere this was at around the same time as the sun passed the top yardarm. 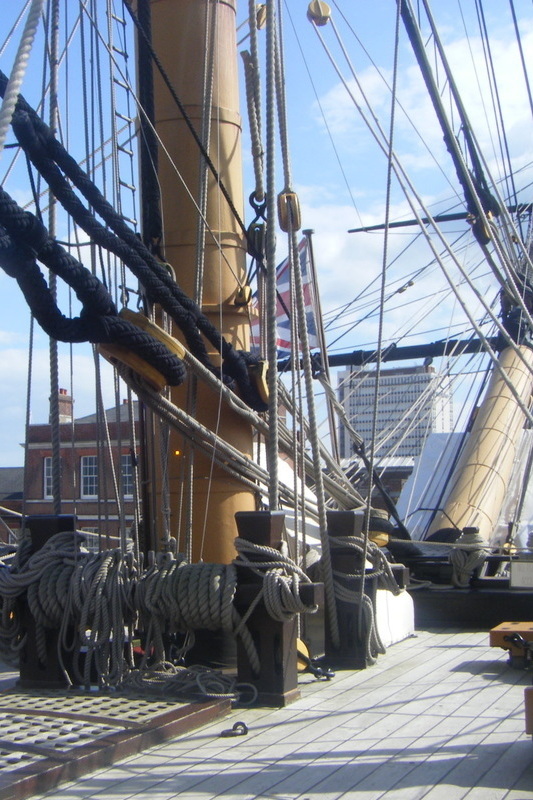 Give them a wide berth

When a ship is berthed it is secured and moored alongside. With tall ships, a ship was seen to be berthed when at anchor, preferably far enough away from shore and the harbour mouth. Tall ships used the tide and wind to their advantage when berthing and so to avoid other ships already at anchor they gave them a ‘wide berth’ thereby avoiding a collision.

Batten down the hatches

Usually used on land when we have a storm coming and we need to prepare. At sea? The openings on deck were known as hatchways and the cover was known as the hatch. These would be shut and covered with canvas secured by a batten (piece of wood) to prevent water finding its way in to the ship.

That classically British insult of 'toe rag' has a very different meaning when you discover its origins. The tow rag was a long piece of rope, either frayed at the end, or with a bit of fabric tied to the end of it. This was found near the heads (toilets) on a ship. After a sailor had finished his business, he would lift the rope out of the water, and wipe with the wet end of the rope or rag and drop it back into the sea to be towed along and clean it before someone else used it.
What are your favourite phrases with a naval origin? Let us know in the comments below or on social media @TheTrafalgarWay