The thirteenth stage of Lapenotiere's journey by post-chaise.

<<Back to Dorchester| Onward to Salisbury >>

Originally a fording place on the River Stour, Blandford Forum is an attractive market town which was largely destroyed by fire in 1731 - leading to substantial rebuilding during the Georgian period helped both by Act of Parliament and a donation of £1000 by George II. The work was undertaken by John and William Bastard and their complete redesign of the centre of the town largely survives to this day. In fact Blandford has been described as “the most complete and cohesive surviving example of a Georgian county town in England”.
See our image gallery

The Bastard brothers built the grandiose Town Hall, like much of their work built with Portland Stone and containing idiosyncrasies of style. They also built the Church of St Peter and St Paul, the Market Place around the Town Hall and the Town Hall itself, a terrace of Almshouses and many large private houses including Spetisbury and Coupar House. A portico to the parish church was built around 1760 to commemorate the rebuilding of the town but it also had a practical purpose being built above a piped spring. Should a fire break out it could supply a head of water for firehoses. In 1899 it was converted into a drinking fountain. It is known as the Pump House fire monument. Today you can visit the Bastard House, where a blue plaque commemorates their work, and you can go inside part of it as it is a charity shop.

The Bastard brothers also built The Greyhound Inn, close to which you will find the plaque commemorating Lieutenant Lapenotiere’s arrival in the town in November 1805 to change horses on his way to London. The plaque is in Greyhound Passage, Market Place.

A few significant ancient buildings survived the devastating fire of 1731 and they include the Ryves Almshouses and Dale House in Salisbury Street, Old House in The Close and much of East Street.

Known for lacemaking in the 18th Century Blandford later became a centre for malting and brewing, wool spinning and button making. The hostelry trade also expanded due to the busy turnpike road between Salisbury and Dorchester which was made in 1756.

A celebration of the town’s Georgian heritage, Blandford's Georgian Fayre is held every year in the first week of May.

There is a Royal Signals Museum at Blandford Camp military base, Blandford Town Museum in Berne’s Yard and Blandford Fashion Museum in The Plocks.

To the south of the town is a beautiful six-arch stone bridge spanning the River Stour. 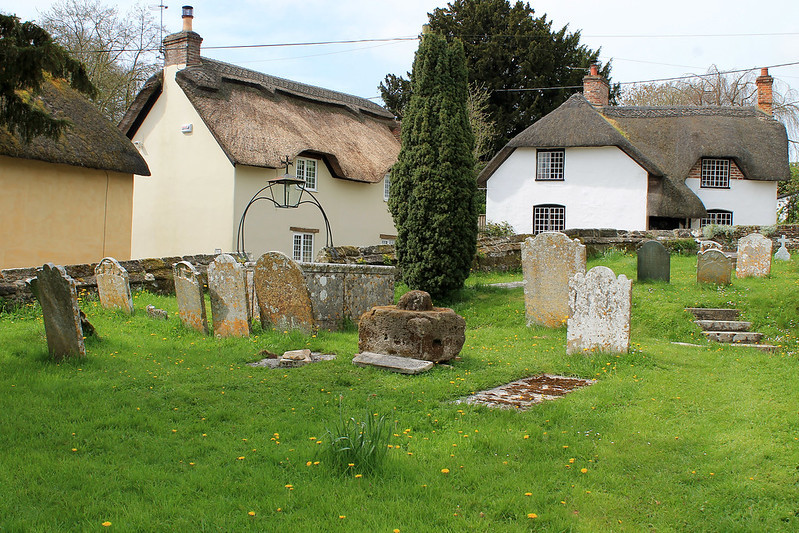 This image is in the public domain

Heading north east out of Blanford Forum along The Trafalgar Way (the A354) you first come to Pimperne, a village on the chalk plateau known as Cranborne Chase. Ancient barrows to the north of the village suggest that the settlement dates back to the Bronze Age (a house found here has been used as the model for all Bronze Age house reconstructions).

Continuing north west you next come to Tarrant Hinton where the Great Dorset Steam Fair is held annually, attracting in the region of 200,000 people and a fantastic event for capturing great images or making sketches for a painting!

Continuing north east on the A354 you come to Woodyates. 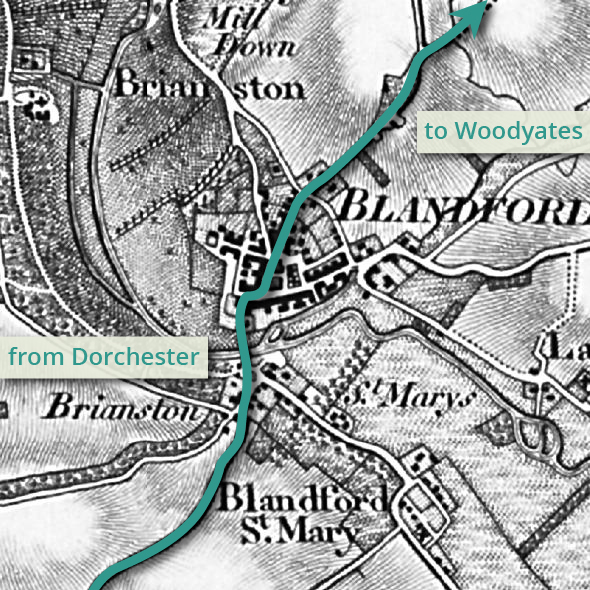 The route through Blandford Forum