Pass the port! Everything you need to know about toasts and Naval dinner etiquette for Pickle Night, and a little bit more. 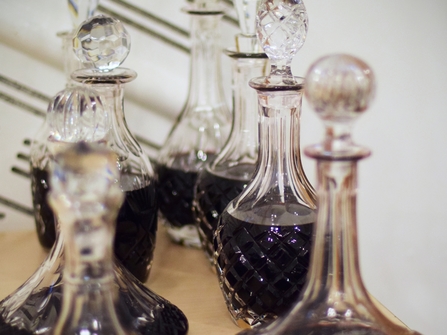 Organising a Pickle Night? Need help with understanding some Naval etiquette and Pickle Night jargon? Although formats vary, there are some established must-have elements of a Pickle Night. We've sifted through some sample evenings held in naval establishments and civilian settings and picked out some of the basics you probably ought to know.

Your toolkit is likely to require some or all of the following elements.

This is the programme of events for the evening, an aide for guests to know what is happening, in what order and when. The sheets with this information on may include the rules and etiquette for guests to observe, as well as notice of fineable offences, if these are being levied during the evening as part of the fundraising activity.

See Mark's example here, or download a full set of editable templates here, including a set of 'crib notes' for the president or host.

For a brief understanding of white rats and fineable offences, see Matthew's description of Pickle Night in a Senior Rates Mess.

Up Spirits and Splice the Mainbrace!

The festivities of a Pickle Night may well start with a call of 'Up Spirits' - basically a signal that drinking may commence. The history behind this relates to the famous 'tot of rum' enjoyed by Royal Navy sailors. Until 1970, a 'tot' of rum was served daily to all except the officers on board. The rum ration, served at midday, was originally one-eighth of a pint (71ml). Petty officers and above received theirs neat, whereas junior ratings had theirs diluted by the addition of two parts water to make 'grog'. 'Up Spirits' was the announcement by the bosun that the rum ration was served. 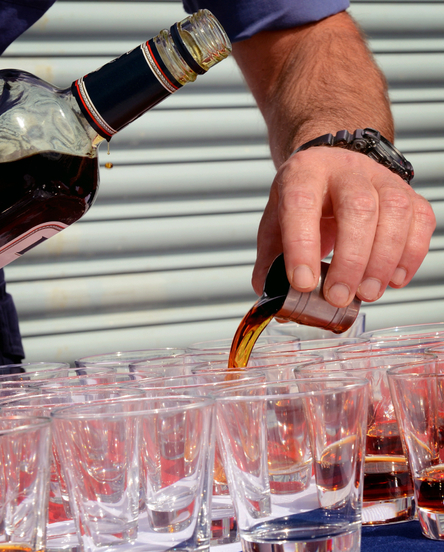 A sailor onboard HMS York measures out tots of rum for the ship's company, in preparation for the Royal Navy tradition 'Splice the Mainbrace' (photo is courtesy of https://www.defenceimagery.mod.uk/ and provided under the Open Government Licence)

In addition, 'Splice the Mainbrace' is an order given aboard naval vessels to issue the crew with a drink, typically a tot of rum. The Main Brace was the largest and heaviest of all the running rigging of sailing vessels, and its splicing - particularly when a ship was under way in heavy weather - was one of the most arduous tasks onboard, rewarded with a double ration of rum. The term became a euphemism for the celebration afterwards, and then in due course, the name of any order to grant the crew an extra ration of rum or grog.

Important knowledge: The signal hoist for "Splice the Main Brace" is BRAVO-XRAY.

Since 1773, it has also been ordered to mark a royal birth, or a visit to a ship by a Monarch, or a victory in battle. If your Pickle Night includes games or competitions, you might reward the winning table by issuing a command of 'Splice the mainbrace', and serve drinks all round.

This is a special part of Pickle Night, a retelling of the famous story of Lapenotiere and his trusty schooner, Pickle. The six to eight Dispatches read out by the Gun Captains or guests retell the story of the Pickle at Trafalgar in brief readings, from its arrival off Cádiz, to the delivery of Collingwood's Dispatches by Lapenotiere at The Admiralty on November 6th 1805. We've prepared a sample set for you here but these can be edited as you wish. Best to keep them short and easily legible by those designated to read them aloud! Typically these are announced by the tap of a gavel and interspersed throughout the meal.

(Hint, get everyone to practise saying 'Lapenotiere': LA-PEN-OAT-TEA-AIR (see our post about Lapenotiere's name).

Formal toasts come after the meal and before the speeches. As you need to have a drink in hand, then it's a great idea to synchronise the commencement of toasts with the charging of glasses—usually with port, although juice or water are perfectly acceptable. Some say it is unlucky to toast with an empty glass.

Pass the port (but never ask for it to be passed!)

According to accepted tradition, port is ALWAYS passed to the left. Initially, the bottle or decanter is placed to the right of the host or hostess. They do not serve themselves, they pass the decanter to the left, going clockwise around the table until it comes to rest at its starting point when the host (or "Gun captain" in the case of multiple tables in a Mess) may serve him- or herself. Port is never passed across the table or back on itself, only to the left. There are several theories as to why this is:

N.B. It is considered bad form to drink your port before the Loyal Toast. 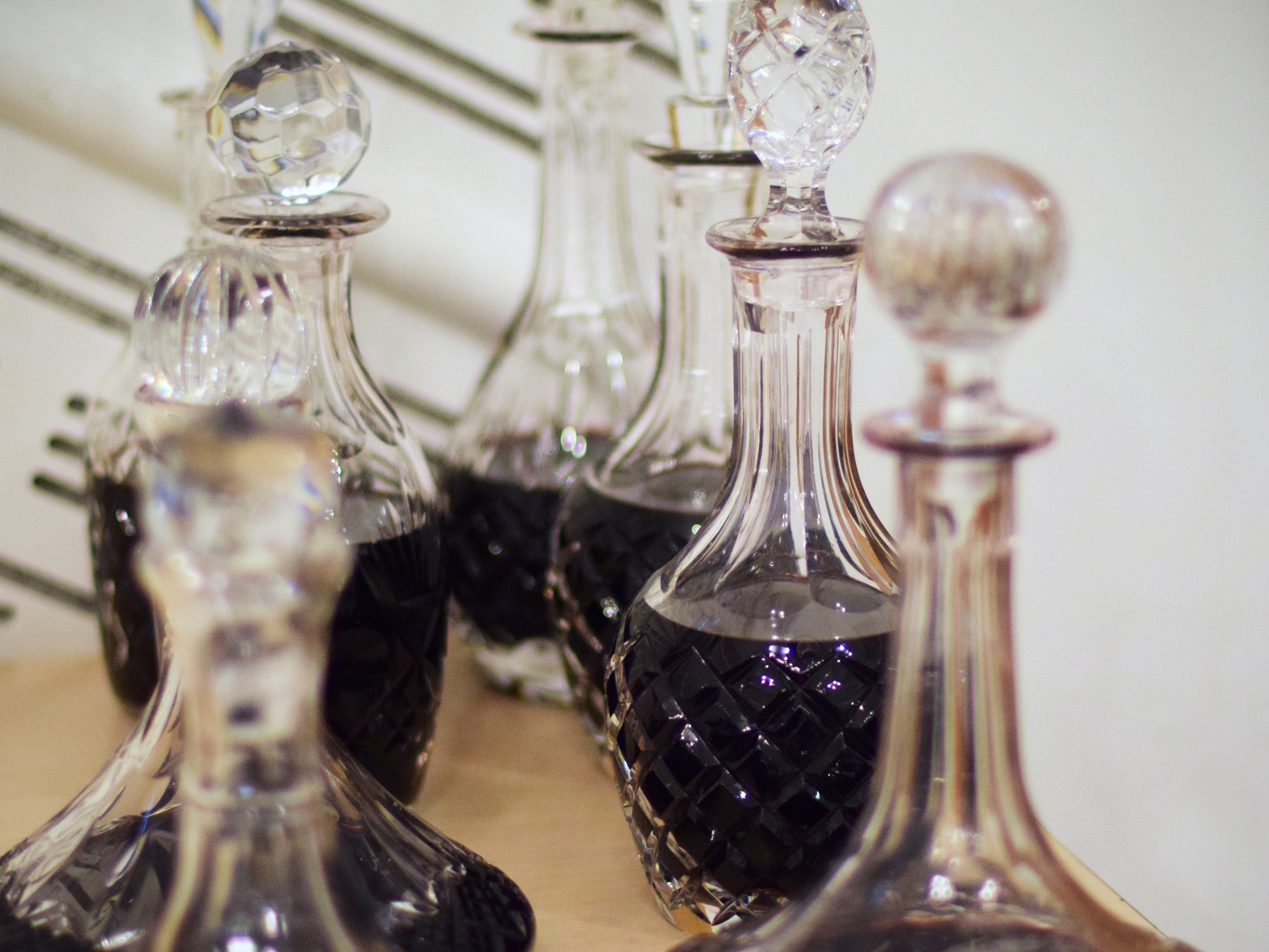 What if the port decanter comes to a standstill during the round?

If the decanter or bottle reaches a standstill on its way round, or a refill is later required, you should not reach across the table or ask for the port to be passed. Instead, the custom is to ask the nearest person to the decanter, "Do you know the Bishop of Norwich?" This quirk of table manners is said to derive from a past Bishop of Norwich who used to fall asleep at dinners (perhaps due to his prodigious consumption of port?), whereupon the decanter(s) would all come to rest in front of him to the annoyance of his fellow diners. Asking this curious question to your neighbour will hopefully have the desired effect of nudging the decanter back into motion. If they do not understand the reference, perhaps tell them the anecdote, or find another veiled reference including the words 'pass' and 'port'.

Some sticklers also observe the rule by which the decanter of port is not permitted to touch the table on its way round—so it has to be passed on hand to hand. The upside of such a rule is that is prevents the above situation where the decanter reaches a standstill, or similarly, stops a single person from 'hogging' the port. To facilitate this rule, some port decanters are designed with a spherical base which prevents them from being stood on the table surface without the support of the 'Hoggit', a special stand. The Hoggit remains by the host, so forces the decanter to be handed around until it reaches 'home' again.

This toast should be proposed after dessert, when port is served, but before it is drunk. Guests stand, but serving Naval personnel may remain seated for this toast - a dispensation allegedly granted by King William IV, who is reputed to have bumped his head on a deck beam when he stood up (however see this information sheet provided by NMRN for other possible explanations - https://www.nmrn-portsmouth.org.uk/sites/default/files/Loyal%20toast.pdf)

Note - if the national anthem is played during the Loyal Toast then all officers must stand.

The toast is probably going to be announced before it is proposed, to give everyone a moment's warning. The preamble might be,

"To be conducted in the tradition of your service and by Royal Decree. The Loyal Toast!", followed immediately by, "Ladies and Gentleman, 'The Queen'."

Note - 'The Queen' is the approved form of the Loyal Toast in the United Kingdom. There is no need to add further flourish, eg by saying 'Her Majesty The Queen,' etc. 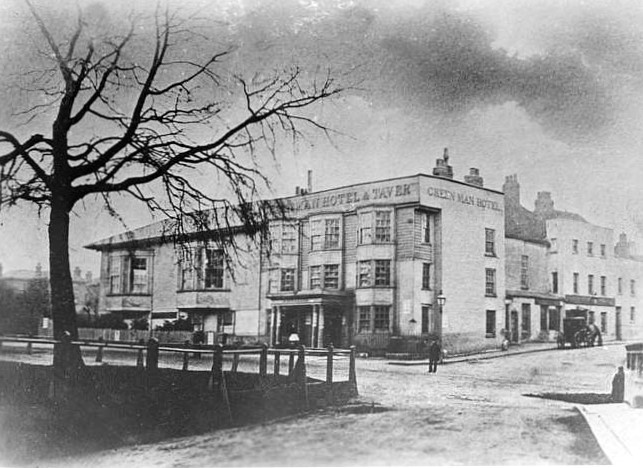 The word ‘immortal’ was often applied to Nelson when he was alive, but it became firmly associated with him after his death. The first known record of the toast was in 1811 when Trafalgar Day was celebrated in The Green Man public house in Blackheath, near Greenwich.

In 1813, Nelson’s mistress Emma Hamilton wrote to her friend Thomas Lewis inviting him to come to dinner on the anniversary of the Battle of the Nile: ‘If you come,’ she promised, ‘we will drink to his Immortal Memory.’

Part of the tradition of a Trafalgar Night banquet or dinner is a speech usually made by a guest of honour who ends it with a toast to "The Immortal Memory" (of Nelson). The same applies to Pickle Night functions. The exact phrasing can vary depending on the speech which precedes it, but a good example might be the one used by HM Queen Elizabeth in 2005: "The Immortal Memory of Lord Nelson and those who fell with him".

Following the toast, all present remain in total silence in respect to Nelson's memory. The silence may be broken by music (Rule Britannia is a popular favourite at this juncture).

The Naval tradition of daily toasts is as follows, so you may wish to add on one of these as appropriate—usually directly after the Loyal Toast. By tradition the daily toast is proposed by the youngest officer present:

*In 2013 the Tuesday and Saturday toasts were officially changed under orders from the Second Sea Lord, Vice-Admiral David Steel, to reflect the fact that women have been at sea in the Royal Navy for nearly two decades.

Alternatively, a small speech could be given with a topical message. See Mark Fisher's touching example from 2019, which ends with a toast 'To absent friends'. Another fitting toast for Pickle Nights in keeping with the words of the New Trafalgar Dispatch 2005, might be 'Ladies and gentlemen -The Brotherhood of the Sea!'

If you wish to be very formal, then we advise you to take a look at Debrett's guidance on rituals at the dinner table, which includes tips on aspects such as 'in which order to address honoured guests in a preamble to a speech'.

Have we got anything wrong? Do you have different rules and customs? Don't leave it dangling, get in touch with us on social media (@TheTrafalgarWay) using a #PickleNight hashtag or using our contact form. We'd love to hear from you!

Return to our main blog page